Creatures of the Night

Hemel (BMT): I have been out roaming the woods in the dead of night! Last Thursday, I joined the Box Moor Trust mothing team up at Roughdown Common. My mothing prowess has barely moved beyond its infancy but Ben, David and Roger are a friendly and forgiving crew and equally generous in sharing their knowledge with a novice. The trap lights went on at about 9:45pm and the wait began. It was a slow start. I think the first moth in the trap was a Common Pug (Eupithecia vulgata). And, it wasn’t until about 10:30pm that the moths really began to come in with the arrival of a beautiful Green Silver-lines (Pseudoips prasinana). 20 minutes later, an exquisite Coronet (Craniophora ligustri) turned up, followed closely by the bright and incredible Small Elephant Hawk-moth (Deilephila porcellus). I have been searching, without success, the Rosebay Willowherb (Chamerion angustifolium) at Bovingdon Brickworks for the last couple of years, hoping to find an Elephant Hawk-moth (Deilephila elpenor) or caterpillar there. To see its less common relative up close was fantastic. The colours and shapes and details on this moth are extraordinary. 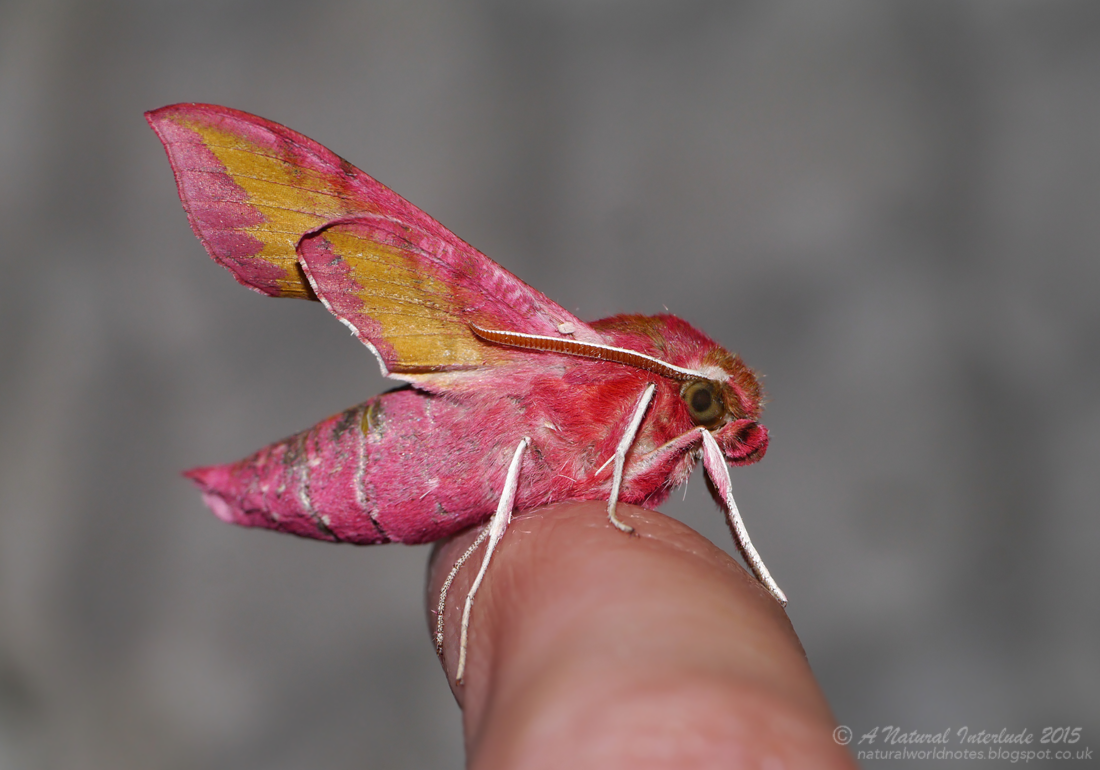 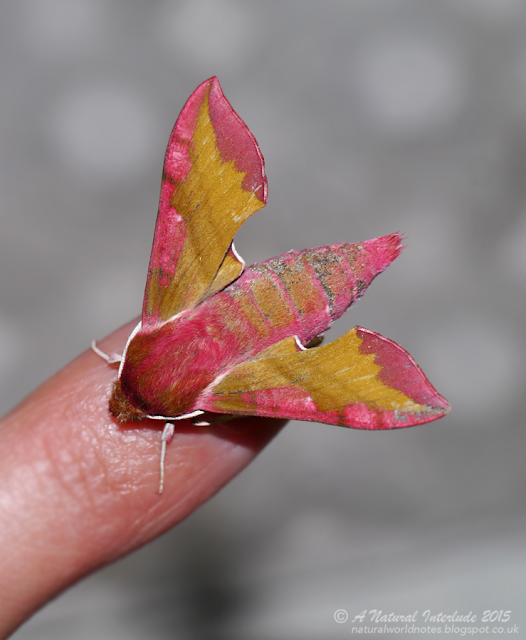 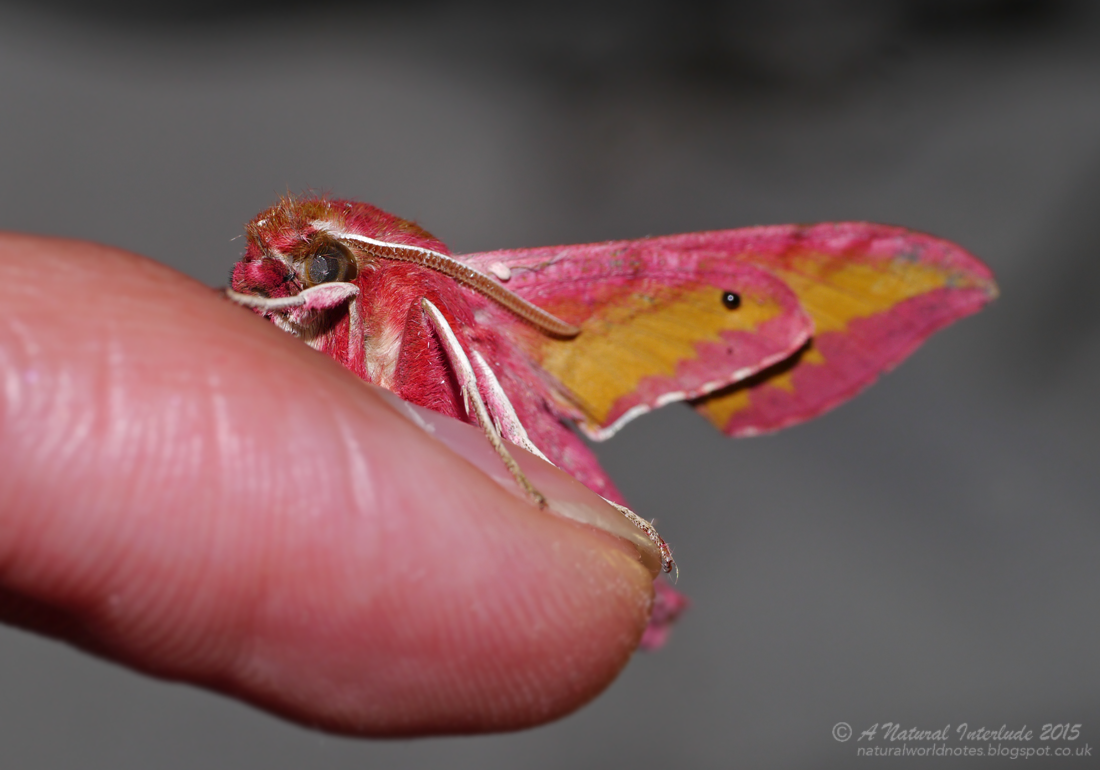 Whilst I faffed about trying to photograph the Small Elephant Hawk-moth....in the dark...one-handed...with a bog standard in-camera flash…the rest of the team were feverishly counting and identifying the quickening arrivals. I eventually tore myself away from the mesmerising pink elephant(!) and also photographed a Pale Tussock (Calliteara pudibunda), Iron Prominent (Notodonta dromedarius) and Angle Shades (Phlogophora meticulosa). I’m a sucker for the pretty ones.

By 11:30pm, I reluctantly had to call it a night and left the team to it. They didn’t pack up until 2am and, by all accounts, that’s when it really started to get busy! The full catch report, with a few more fascinating photos, is on Ben’s expert blog HERE.


The following day, Ben let me know that amongst the catch, after I left, they’d retrieved a Buff-tip (Phalera bucephala). This is one I have been really keen to see after finding the larvae (caterpillars) at the site last Autumn. When settled, this clever little moth hides in plain sight, easily mistaken for the broken twig of a Silver Birch tree. Anyway, they’d potted it up for me and I was able to finally see this marvel of nature at close quarters. The buff marking at the head end and on the wing tips even includes mimicry for the thickness of the bark and the striations of the wood flesh. Jaw-droppingly ingenious.

As it turned out, it was a female and she'd laid some eggs in the specimen pot unfortunately (the irony wasn't lost on me. The specimen left a specimen!).


I returned to Roughdown early evening, found a suitable perch and settled Mrs Buff-tip safely back. Hopefully she’ll lay her eggs in a more nutritious location next time!


A big thank you to Ben, David and Roger for sharing these creatures of the night with me. They are truly fascinating!
at 11:17:00