Water End nr Hemel: After Wheatears in the sun yesterday, it was a Stonechat in the rain today…viewed from the car. I’m no fool.

I had commitments for much of the day, so my first chance to see if the bird reported earlier was still about was after 16:30, just as the rain moved in. I parked up and scanned the fence line from the car. Well marked, spring male Stonechats stand out like daisies on a hillside. There he was, jet black head, brilliant white collar and that warm orange-russet chest. Even through the murk and pouring rain he was stunning. I watched him fly down to the farmed field and return with a whopper of a worm. That soon disappeared and he continued to work his way along the fence line until he was as near as he ever got to the car. I watched him a while longer and then called it a night. Crossing my fingers he might still be around tomorrow….in the sunshine. 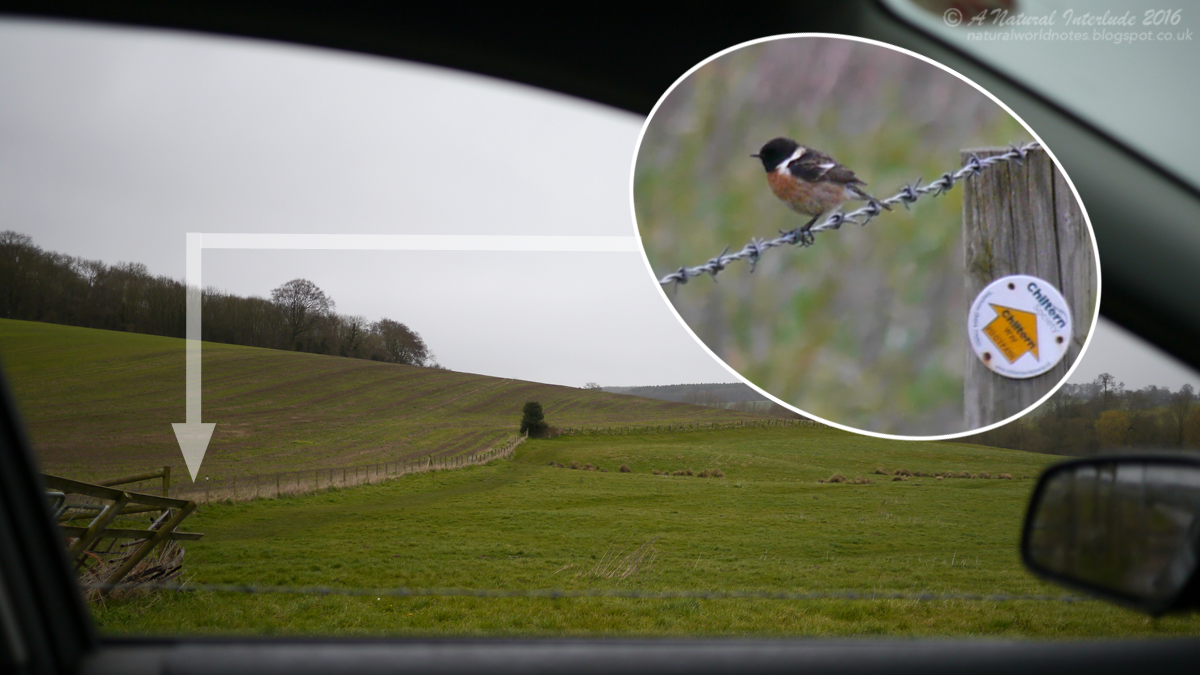 Email ThisBlogThis!Share to TwitterShare to FacebookShare to Pinterest
Labels: Stonechat