GSWs: In the shade of the Oak

Hemel (BMT): I have tried and failed to muster up an opening with a pinch of pizazz. Instead, I shall jump straight in with the reality that the last 9 days have been largely a sedate affair (or perhaps more accurately, a stationary affair, as I’ve barely moved). Selecting highs and lows from the week seems like an easy way to carry my thoughts, so let’s go with that. The obvious low which has dominated, is the fact that my energy levels remain near rock bottom (it's attributed to ME/CFS, a condition - for those not in the know - where particular biological processes essentially fail to work properly. Recent findings suggest that the underlying pathology is significant impairments in cellular function but the cause and treatment are speculative and the duration of debilitation can be anything from months to a lifetime). Anyway, for the moment, even contemplating the (hilly) ~600 metre walk to the Small Blue butterflies has felt beyond me, although I may just give it a go tomorrow.

The definite high of the week was being able to return to the nesting Great Spotted Woodpeckers. A bit of sneaky parking reduced the walking distance to around 150 metres. The nest site was such that I was able to set up my gear (including handy camping seat) out of sight of the Woodpeckers and watch/film them without causing any intrusion or disturbance. I couldn’t manage more than about an hour but even in that time the parents were bringing food to the intensely demanding young almost every 10-15 minutes. 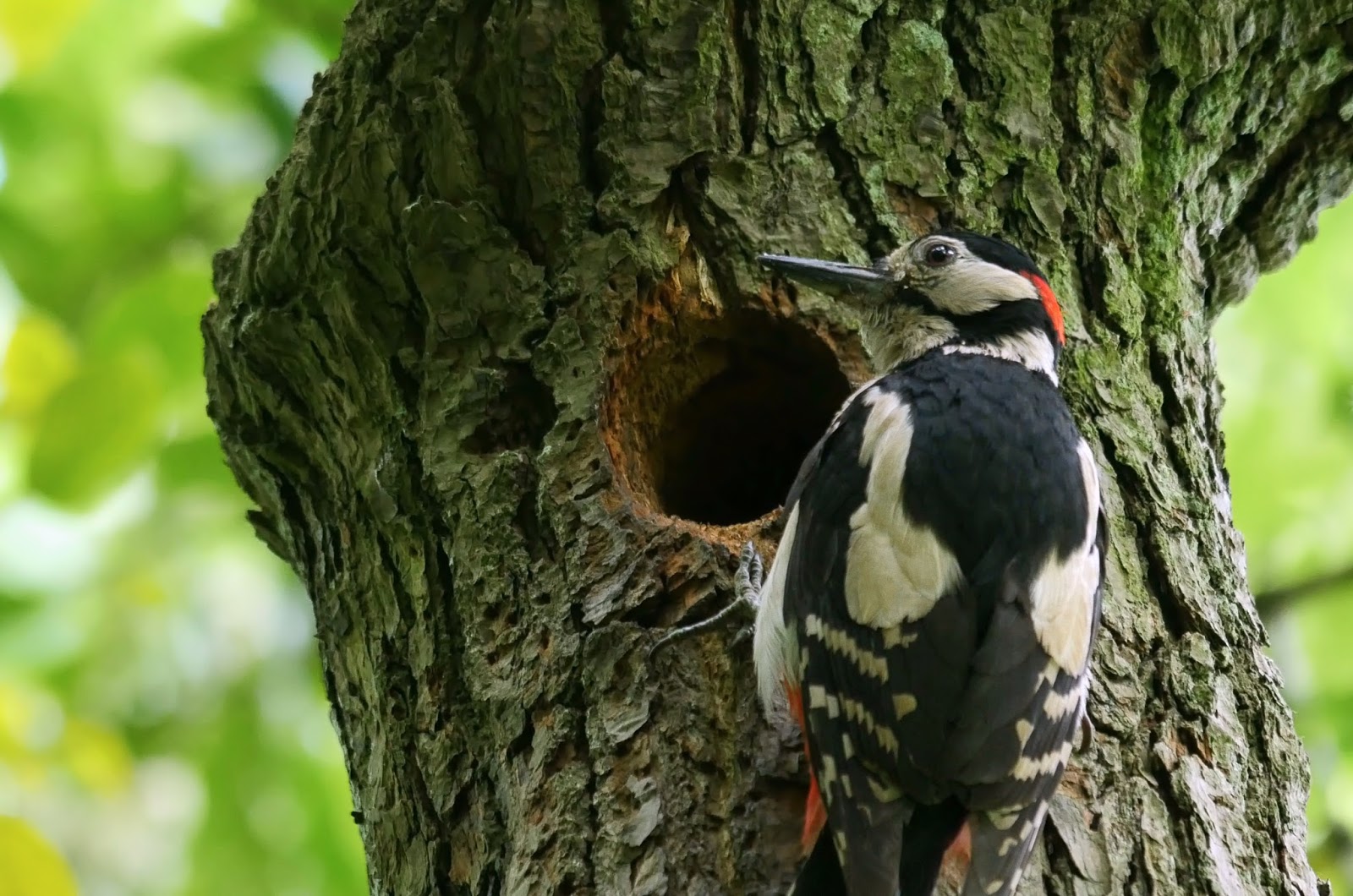 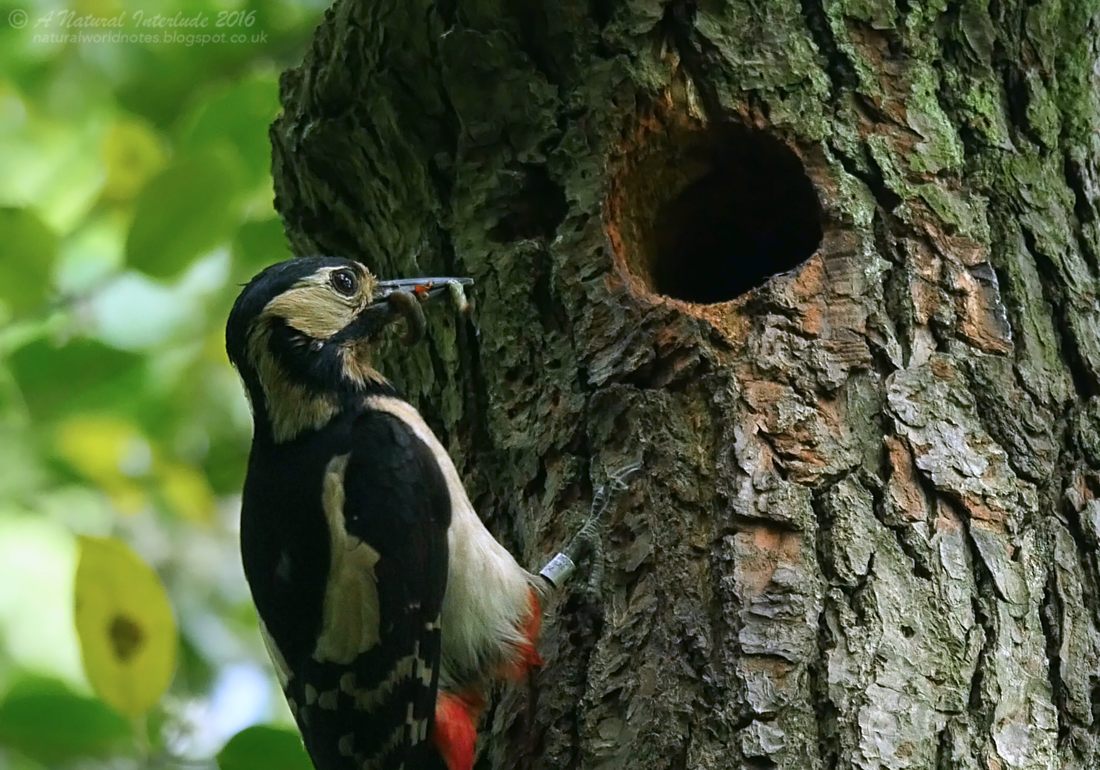 The nestlings never shut up (evidenced in the video!)….which is how I found their home in the first place. Squeak, squeak, squawk, squawk, rising above the sound of nearby traffic. I wish I was as adept at finding interesting caterpillars as ma and pa woodpecker, and I did note that the female was ringed although couldn't read the code, unfortunately. The light was extremely awkward (harshly backlit) but, quite honestly, I would have been happy with any record of this wholly absorbing scene. I was transported into their world of vitality and bonding and the striving for life. I loved how the young were cradled safely within the limb of a mature, ostensibly healthy Oak: the tree providing complete shade, protection and rooted solidity; the woodland around them their larder.

[The video is best viewed in 4K: press play then click on the cog, bottom right, and select 2160p4K quality. In the last scene, it's the female that exits from the nest hole, taking out the rubbish]