Framed by a Goose! Ringed Plover

Still, if you don’t try, you never know. So, within 15 minutes, I’d dressed, gobbled toast, drunk scolding tea and was on my way to Tring. As I drove, I told myself that a Ringed Plover wasn’t worth a speeding ticket or dying for, so, when I got stuck behind one slow car after another, I took it easy.

Once at the reservoir, my heart sank. I could see the fishermen had already set up on the jetty. Pressing on regardless, I got there and all I could find was a family of Greylag Geese and a Pied Wagtail…most assuredly not what I was after. Common Terns and Hirundines were swooping over the water. Nice but, y'know, I'd seen them last week. And the week before that. And the week before that. A Yellow Wagtail flew in and I watched that for a while, gathering food for its young. I hung around the jetty as if it were some magical lure able to conjure up good birds from thin air. I guess I also hoped that somehow I’d missed the little wader and there would be some movement to catch my eye and rescue my day. But, nope, nothing, nada. I was just starting to switch to an alternative plan for the morning when one of the fisherman got up and came over to me. He asked if I’d like to see the Ringed Plover that was snuggled up on the concrete next to where they were fishing! Um, yes please! And, there it was, brilliantly camouflaged, not 4 metres from the fishermen, nestled up against a rift in the stonework. The last place I’d have looked!

The next hour was spent watching and photographing this most fearless of little birds. It didn’t move far and enjoyed the occasional wormy snack provided by the fisherman. At one point, it walked right up to me, to within about 1 metre. Looking into my eyes, it called, “pew”, and walked back a few metres to its cosy concrete nook. Absolutely fantastic! 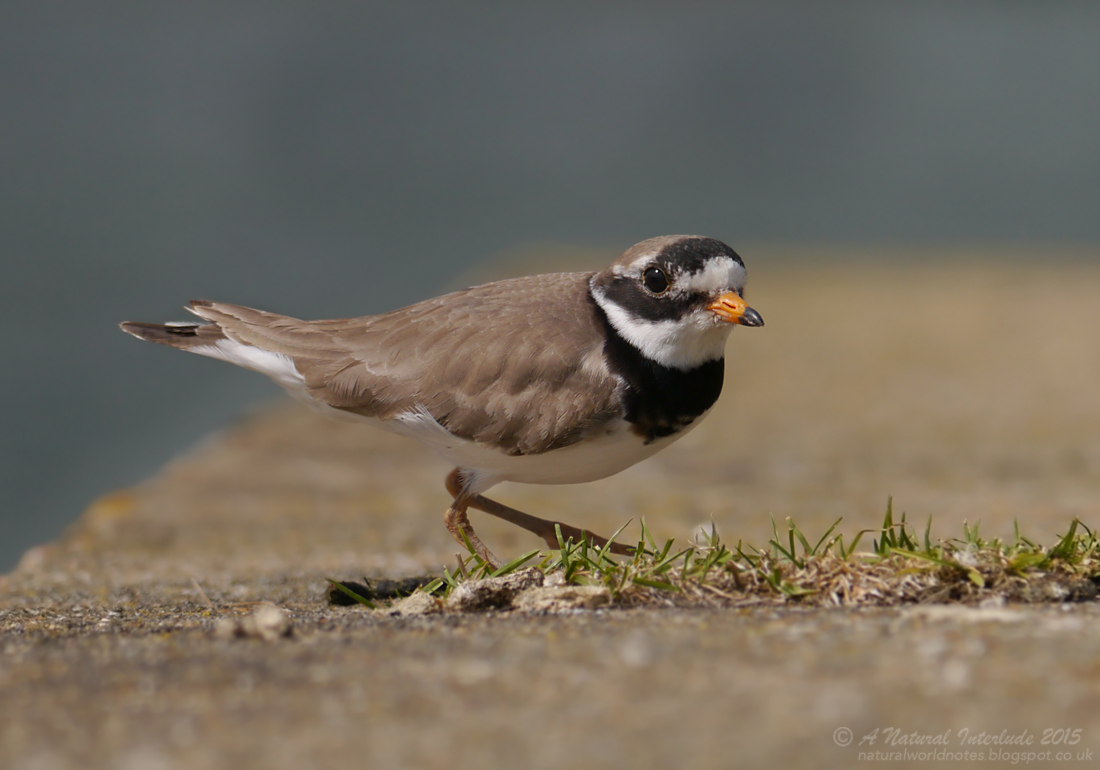 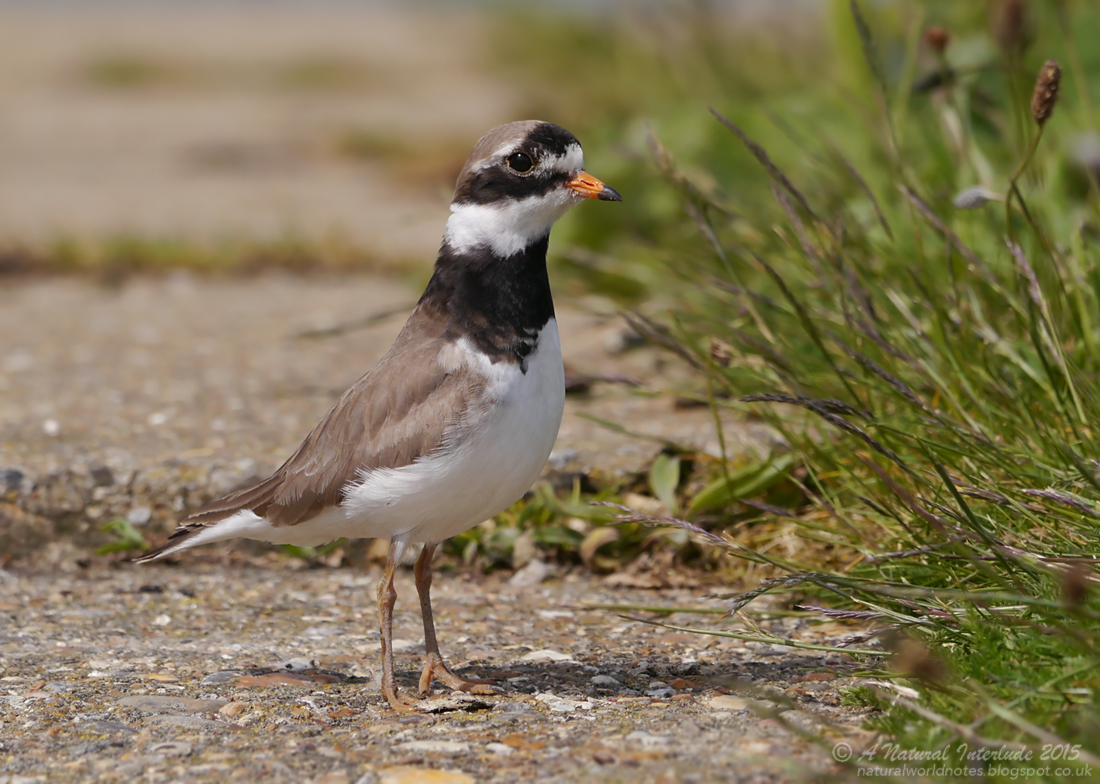 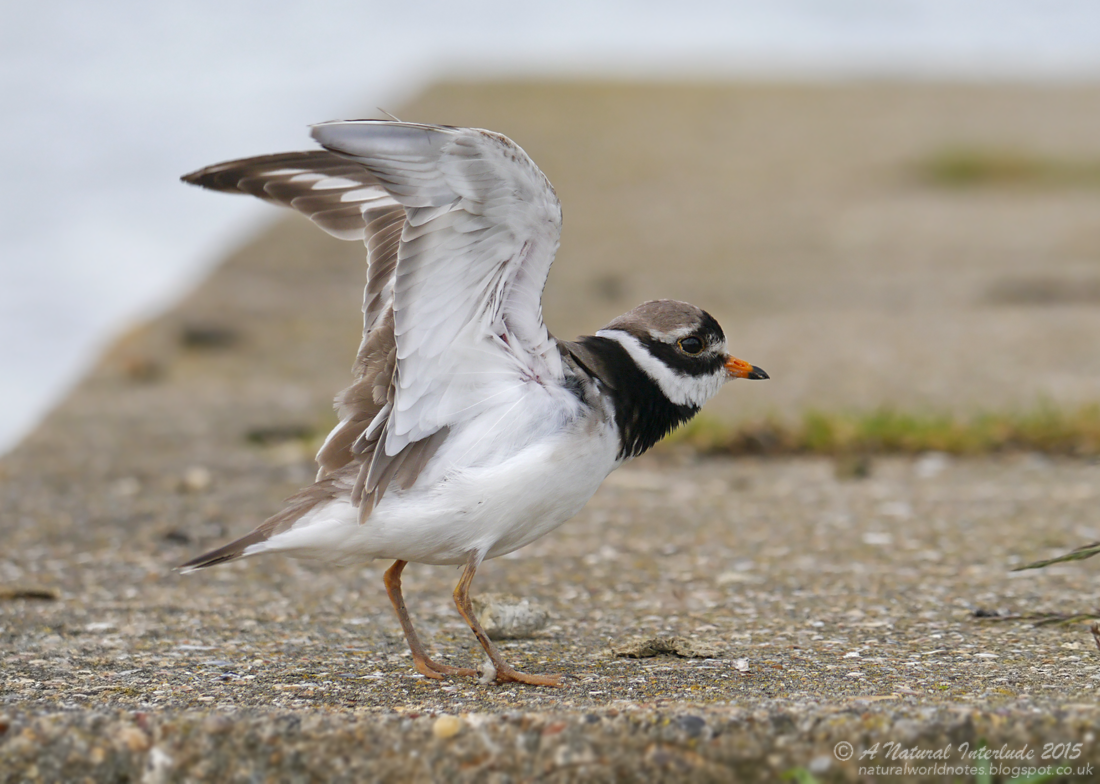 Although the Greylag Geese had the whole of the reservoir in which to roam, they decided that the 4-5 metres between me and the Plover was the best place to stand. I had some fun playing with the framing. 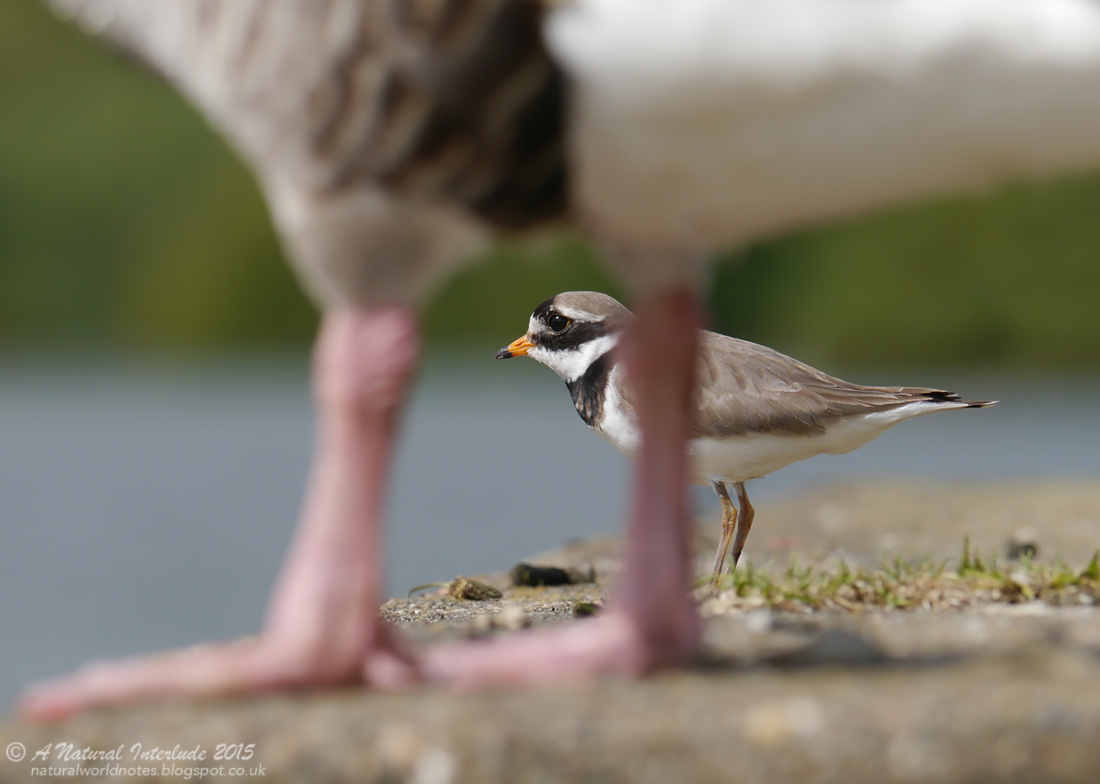 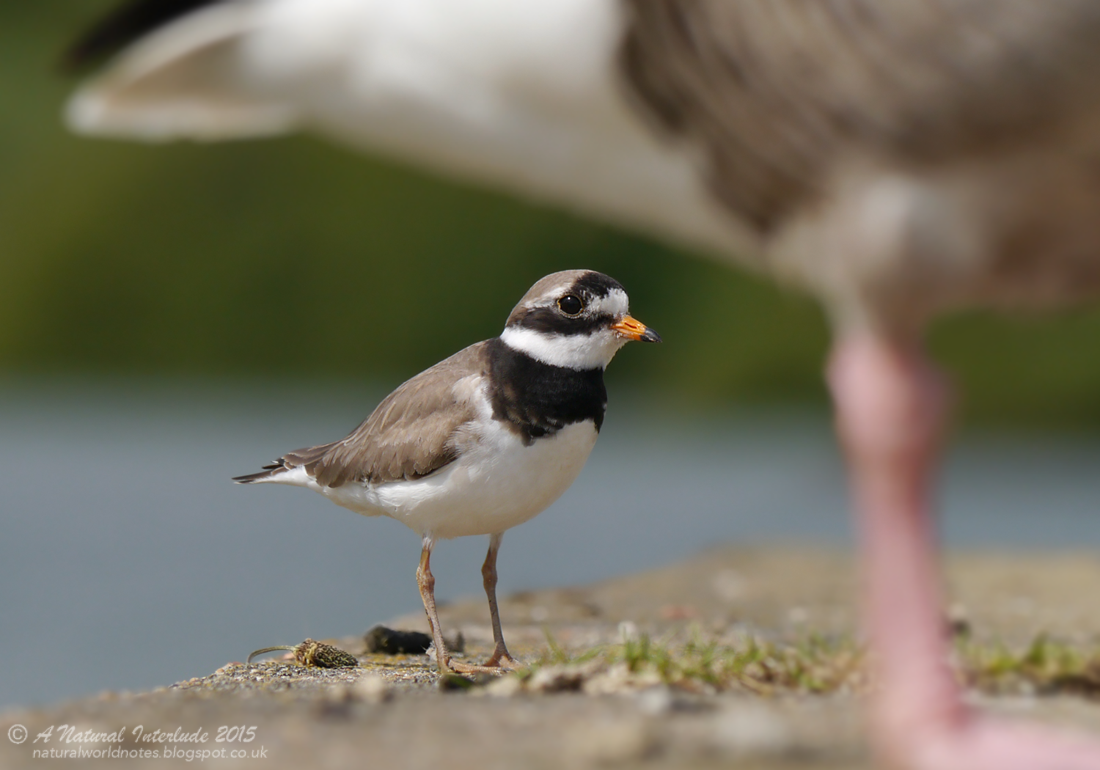 And, listening for my camera shutter, I think… 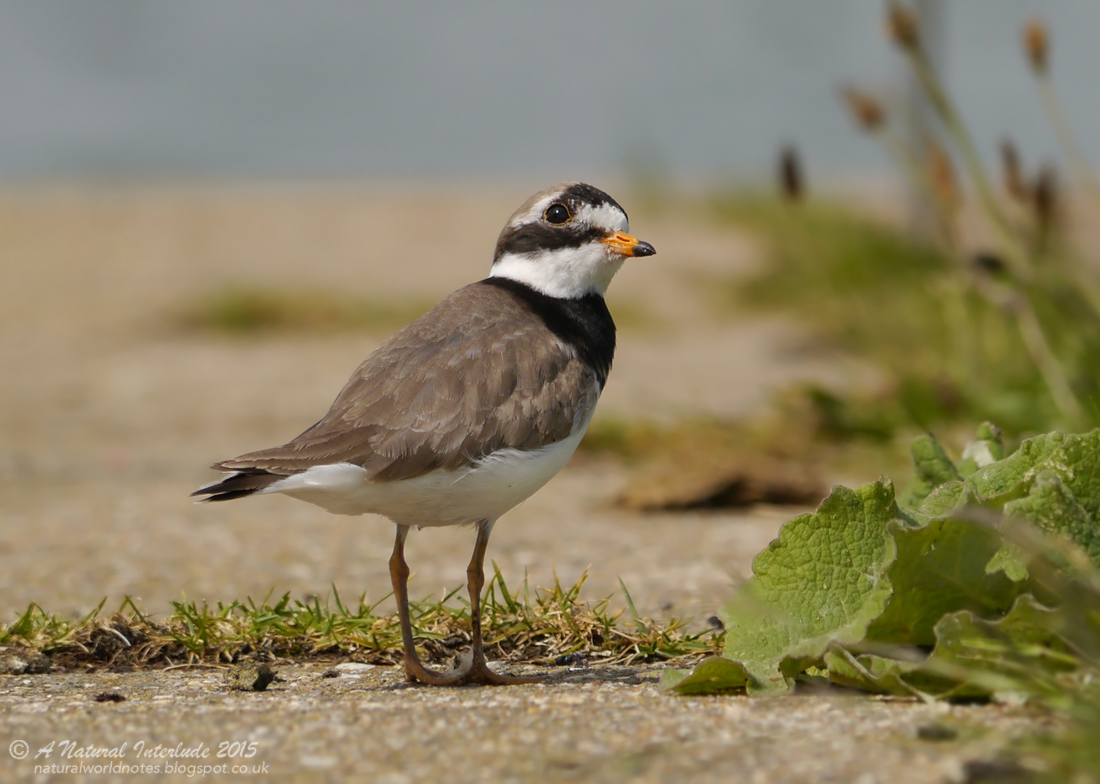 By about 11am, the position of the sun was such that every photograph lacked the catch-light in the eye. I decided a bird this confiding was too good an opportunity to walk away from and that I’d return at about 3-4pm when the sun had moved round sufficiently. If the bird had gone by then, so be it, but I would have given it a shot. When I left, the Plover was settled against its concrete nook. 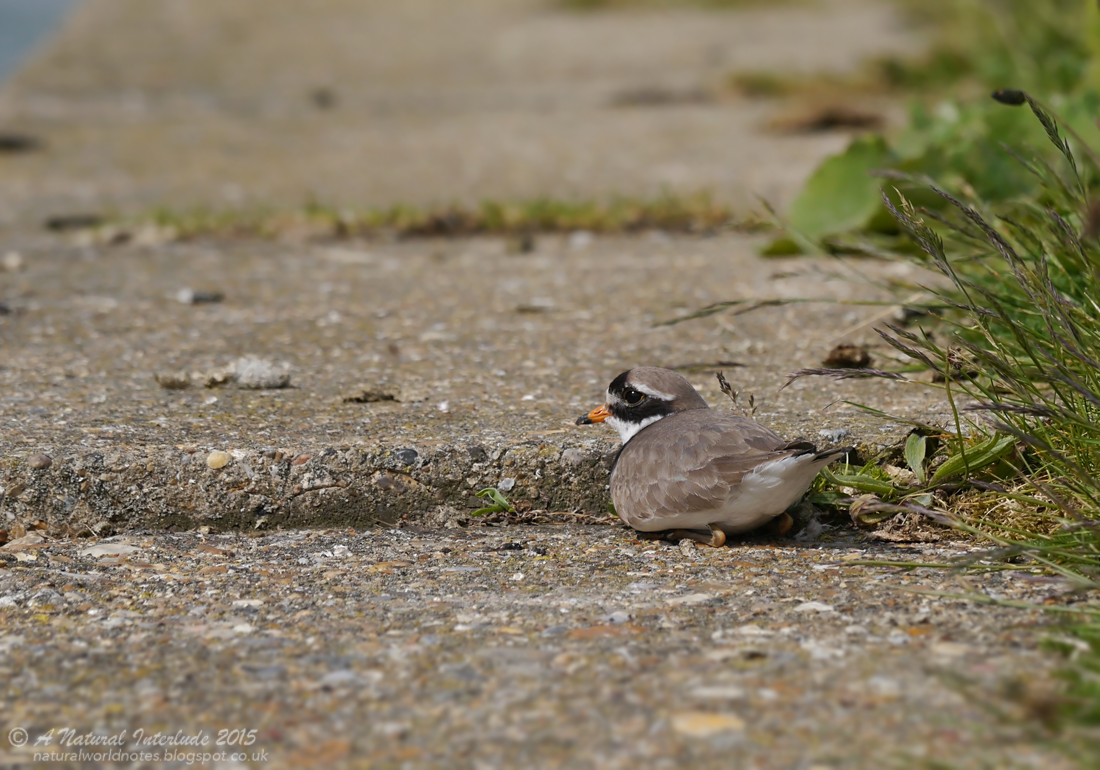 In the intervening hours, apart from a leisurely lunch, I caught up with a couple of Spotted Flycatchers at Startops reservoir. 3pm, I returned to the jetty to find both fishermen and Ringed Plover had gone. C'est la vie... 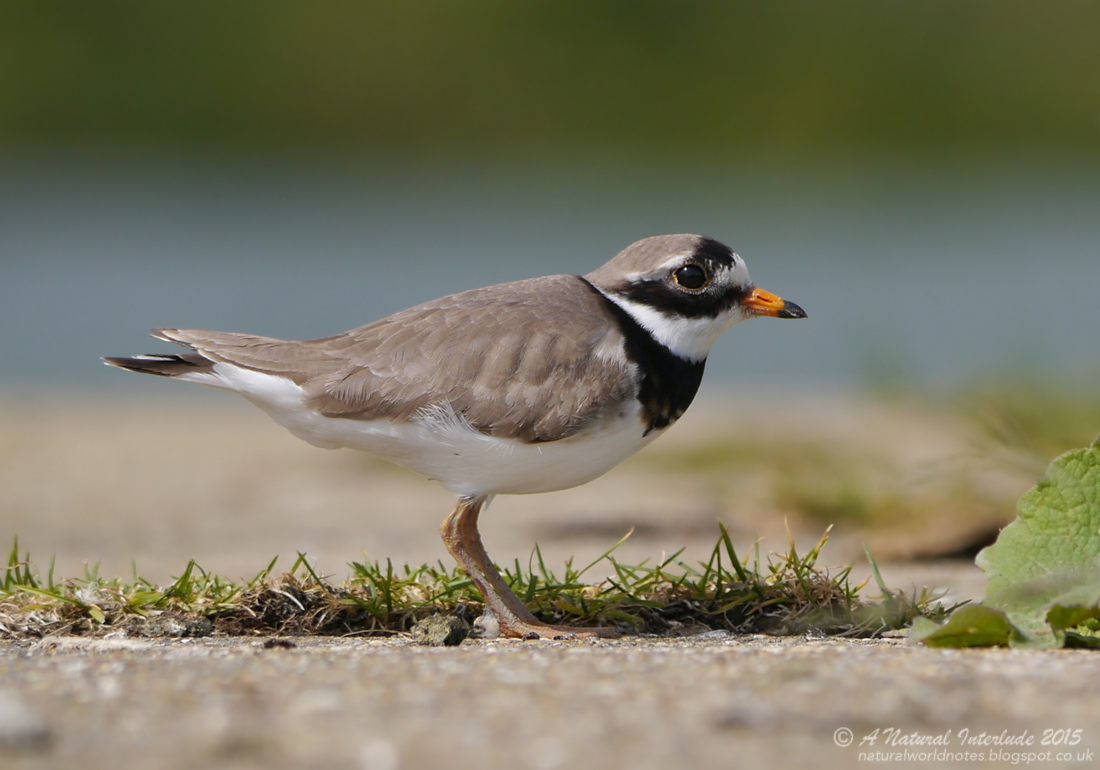 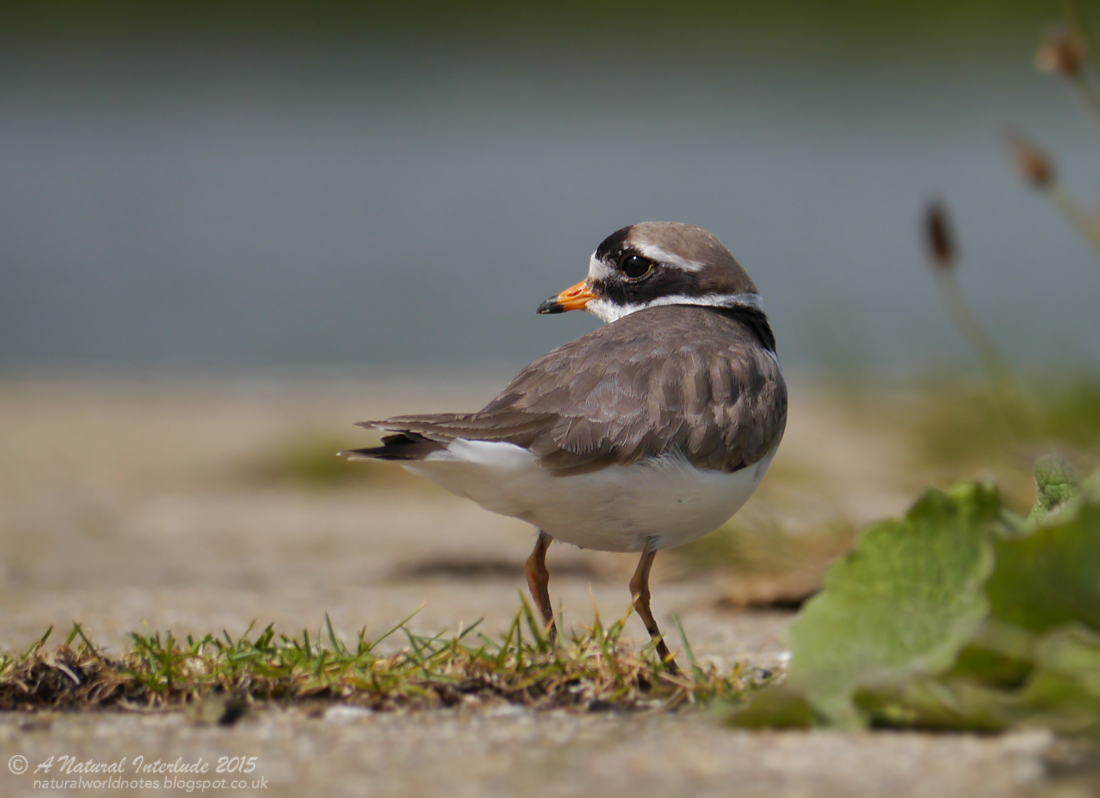