Bovingdon Brickworks (BMT): I feel a bit sorry for the Dingy Skipper (Erynnis tages). Its name doesn’t exactly inspire interest, unless, like me, you initially wondered whether it was pronounced dinghy, as in the skipper of a small sailing vessel....ahem. Anyway, as something of a county rarity, with just 17 butterflies recorded in Herts and Middlesex last year (excluding the Brickworks colony), it becomes a little more appealing. Up close, it’s really quite attractive, in a Burberry palette kind of a way: taupes and camels and caramels and, well, let’s face it, browns. Its patterning is subtle but it is beautiful, with a quiet Aztec echo, and I was more than happy when I had the opportunity on Sunday to photograph not just one, but three fresh specimens at the Brickworks.

Initially, I spotted a solitary settled butterfly. Later, I found a pair that were just coming together to mate, so I followed and photographed their progress too. 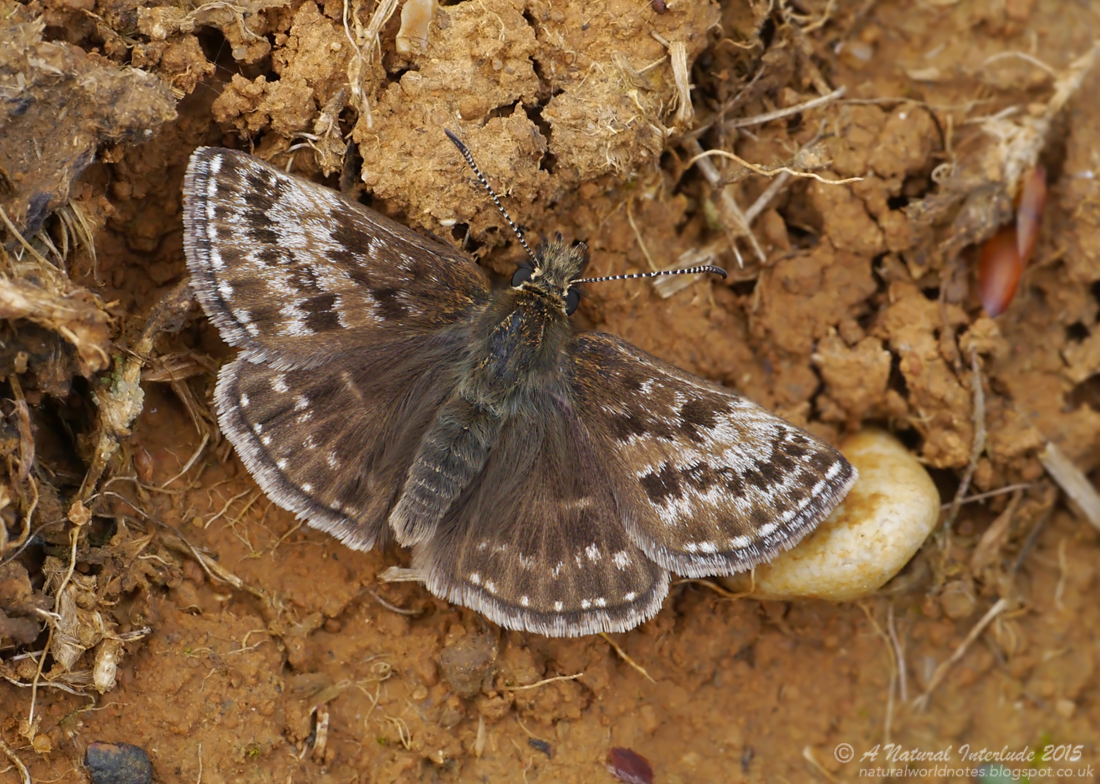 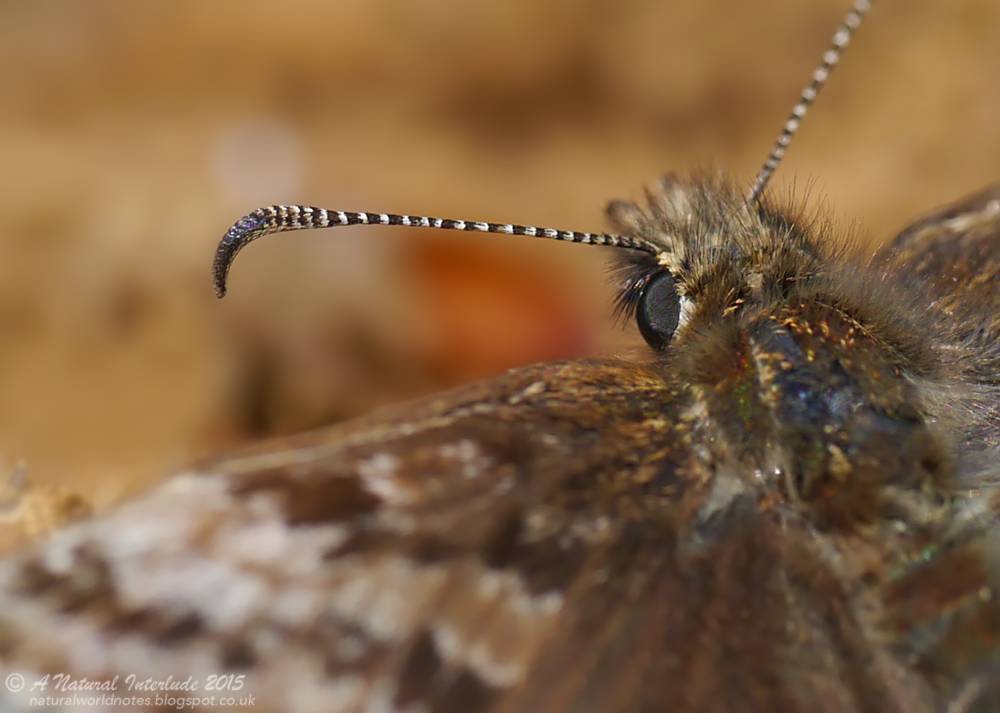 Finding a pair of rare butterflies that are just about to mate is wonderful. It’s exciting to find more than one at all, but to then watch them manoeuvre themselves into position, knowing that this very act will give rise to new life, is doubly exciting. Initially, they were tussling in flight and I thought they were sparring males. However, they landed together, hitched up and that was that. For the next 40 minutes, they were locked in union. Together they settled and together they moved.

In this second pair of images (below), I was pleased to capture the subtle greens and blues on the tips of the forewings, which were only evident when the sun was out. I guess there are a few microscopic scales here which, at certain angles, reflect the green/blue spectrum.

When the sun got a little too hot, both butterflies retracted their wings. Below, I caught the moment where underwing and upperwing were on show. From this angle, the burnt umber browns have taken on a lovely bronze shimmer. 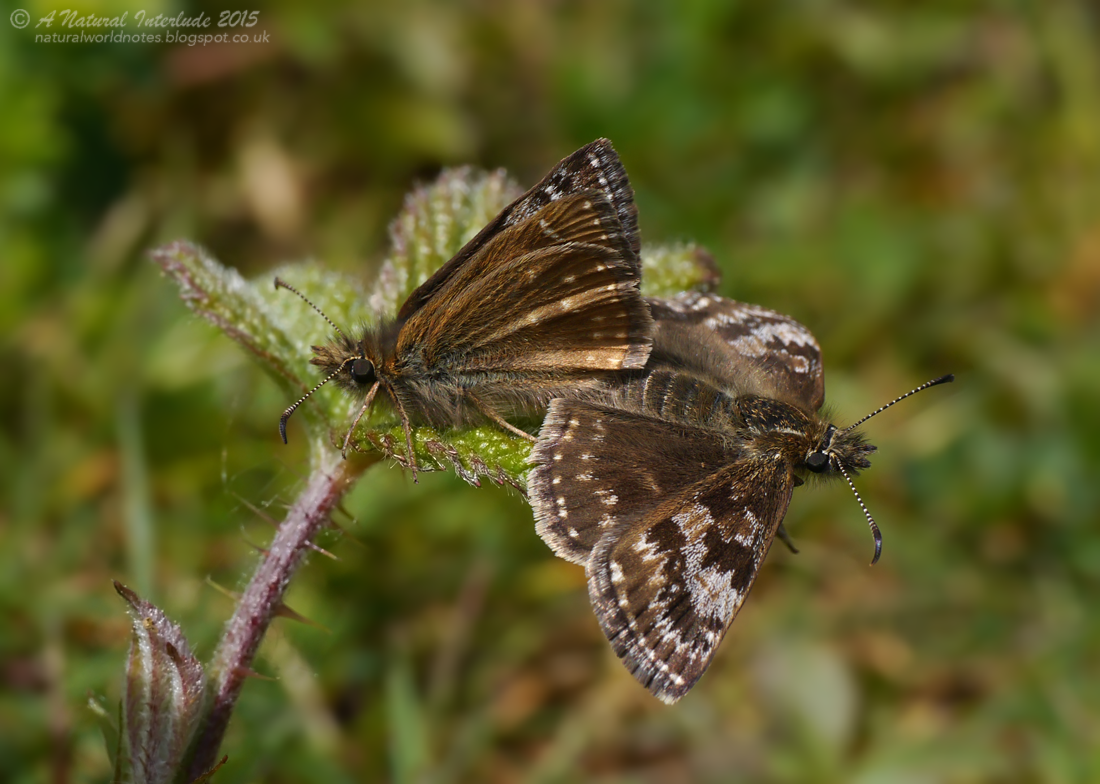 Finally, I hope I've saved the best of the photos till last. Nature's Aztec artistry... 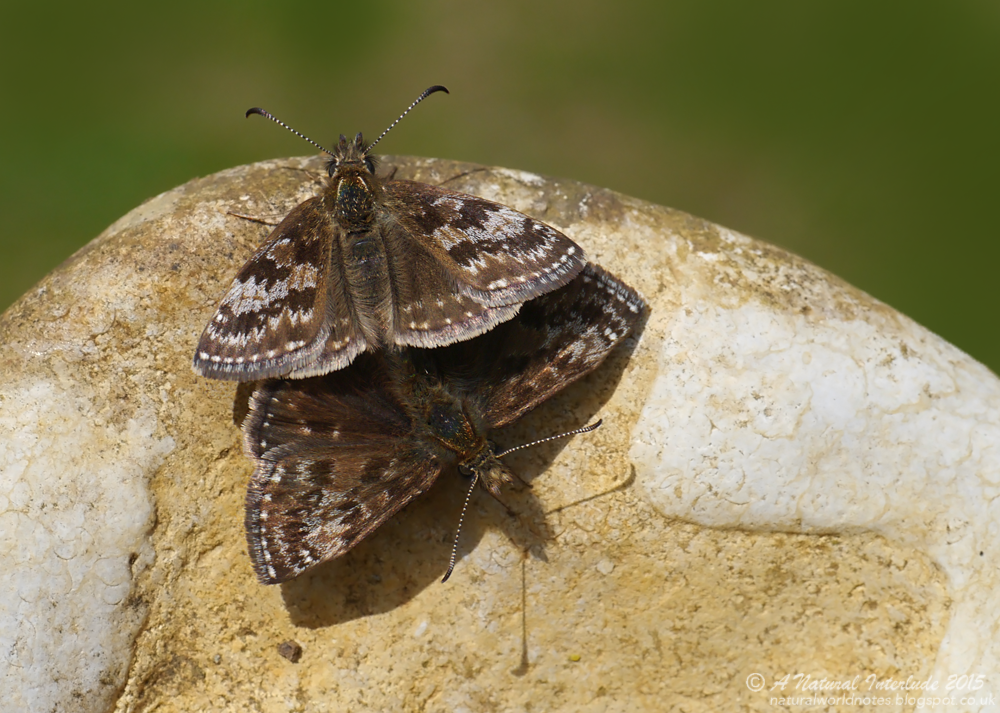 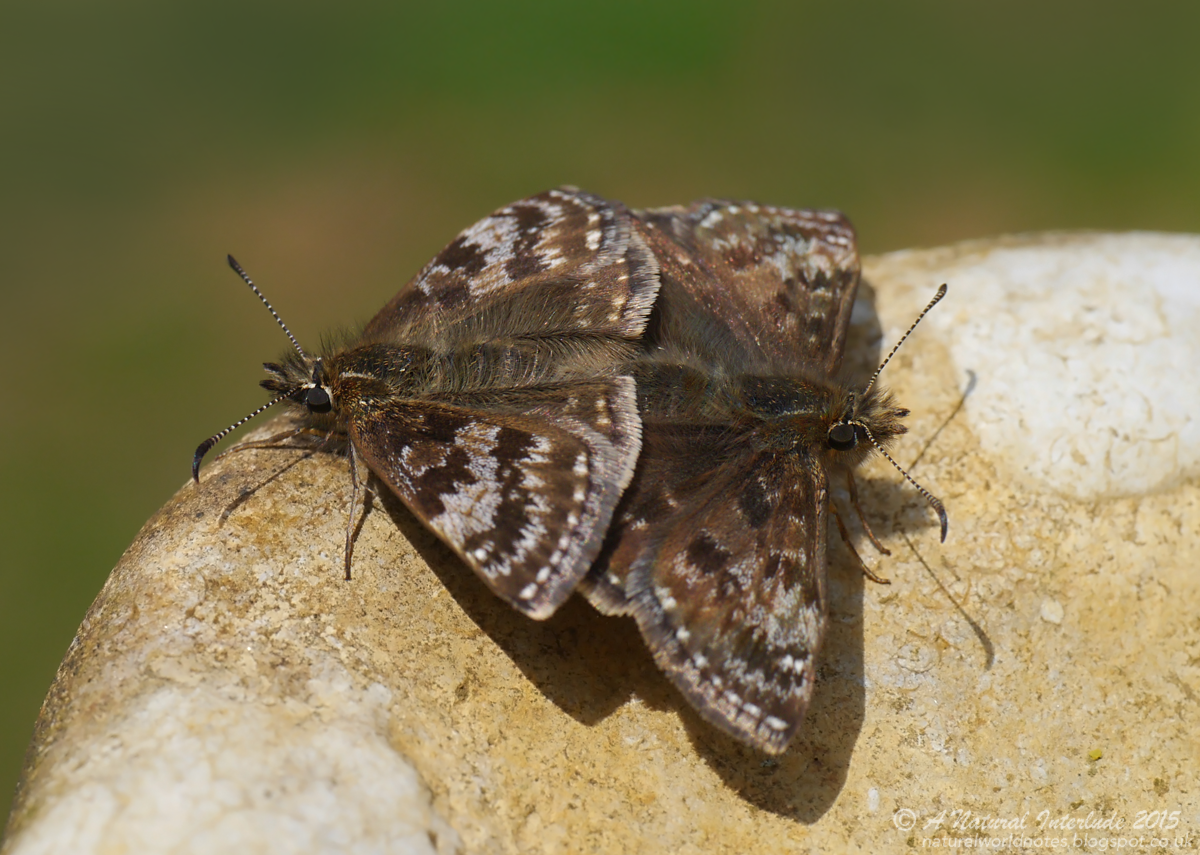 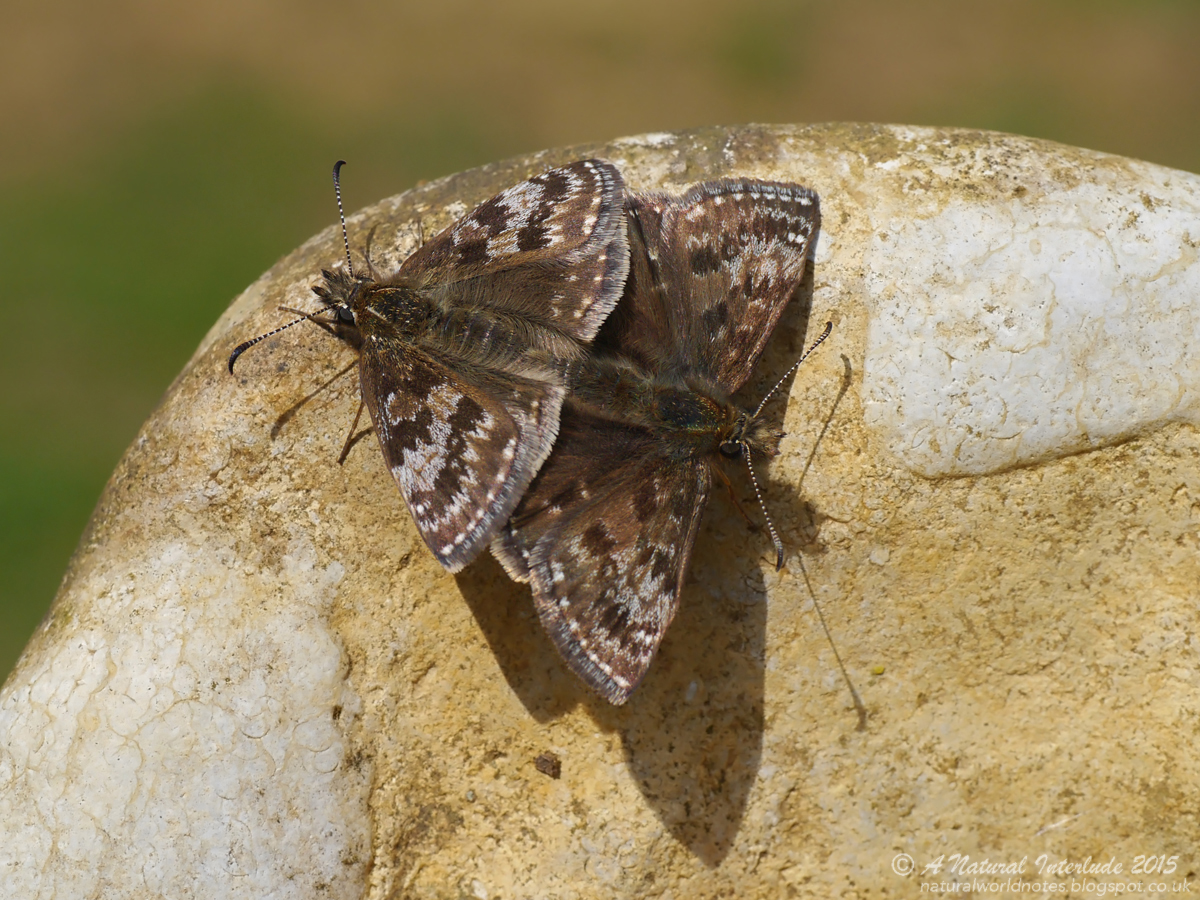 P.S. I spotted the first Small Copper & first Brown Argus of the season at the Brickworks on Sunday. Crossing my fingers more appear soon...
at 11:40:00