By 11:15am, the highlight of my morning had been catching the last few notes of what might possibly…probably….maybe was a Lesser Whitethroat at the Brickworks. I’d also managed a record shot of the/a female Muntjac (I know, exciting times). Anyway, when I got back to the car and heard that there were 2 summer plumage Spotted Redshanks (Tringa erythropus) at College Lake, I was off!

I think I’ve only ever seen a couple of breeding plumage birds and certainly none of any plumage in Herts or Bucks. As a fairly scarce wintering species in the UK, it’s not really a bird I have much experience of at all. To add a little frisson of discomfort excitement to the chase, I’d left my scope at home, so had to pick that up on route. I finally got to College Lake some time after midday, wondering if my scope detour had cost me my prize.

From the Octagon Hide, I could find only one of the Spotted Redshanks but that was quite sufficient. One definitely trumps none. There were also at least a dozen displaying, noisy Redshanks; one Little Ringed Plover; two Common Terns, plenty of Lapwing…and various other wildfowl which I basically ignored.

The Spotted Redshank came to within about 100 metres of the hide and, unfortunately, from there, most photography suffers from being badly backlit. Below are my best digiscoped efforts. 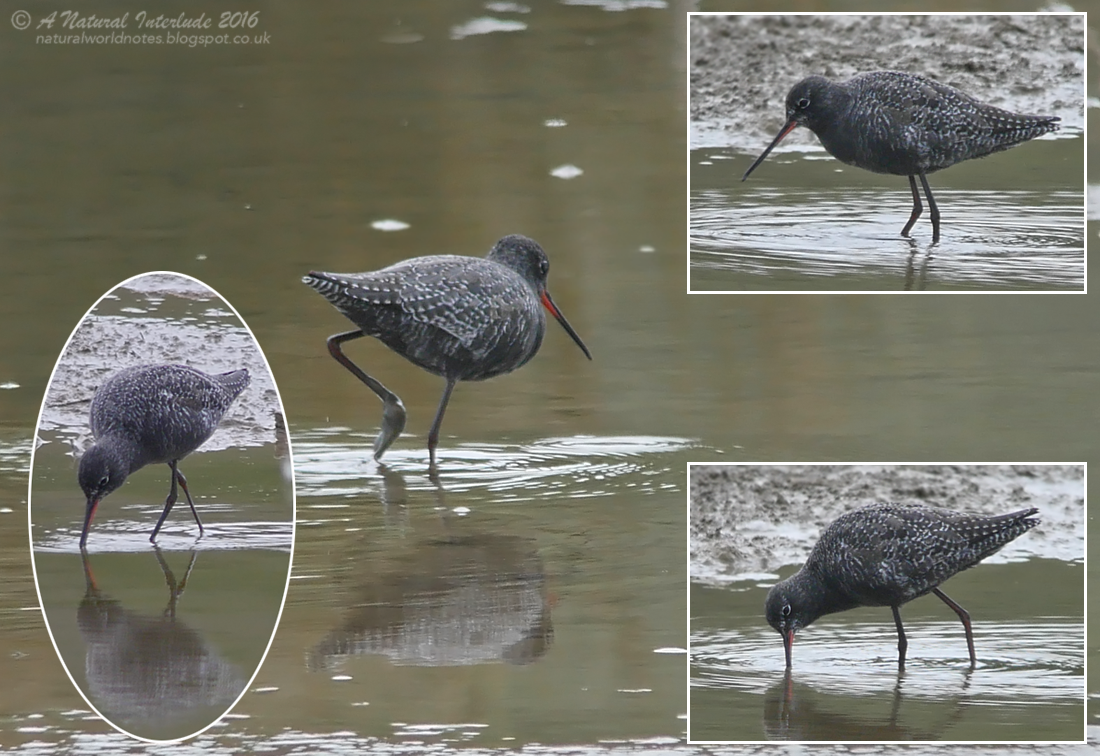