What's better than a Wheatear? 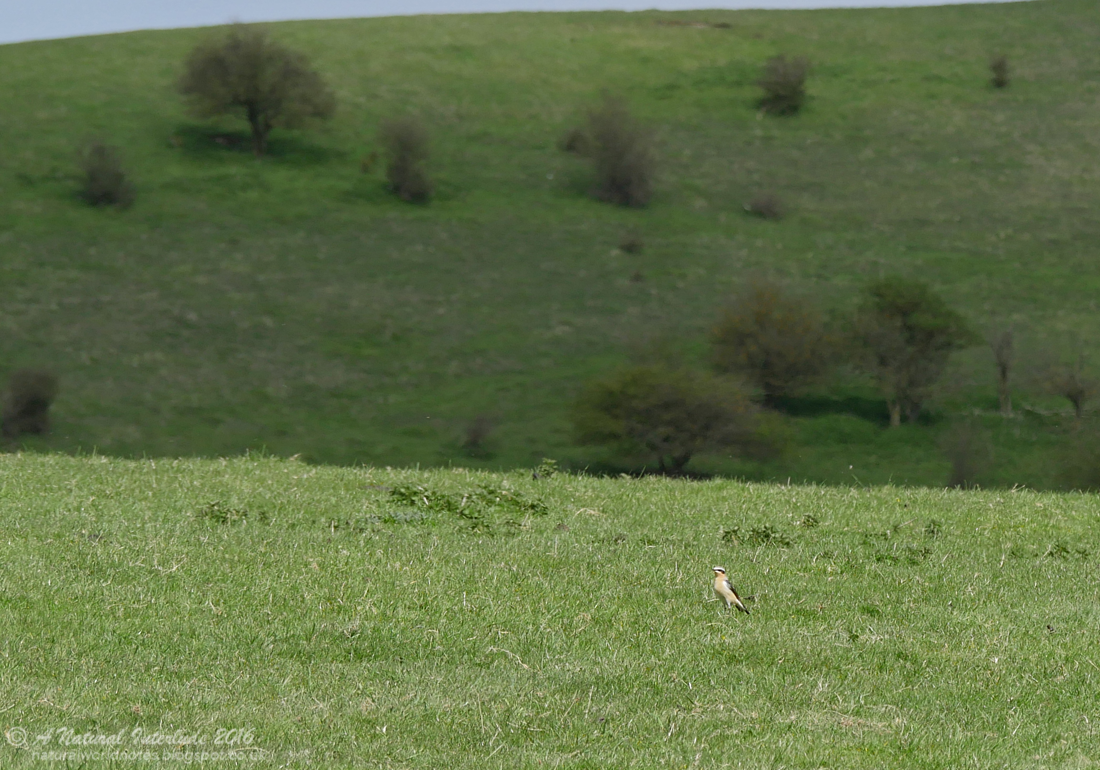 ....a FLOCK of Wheatears 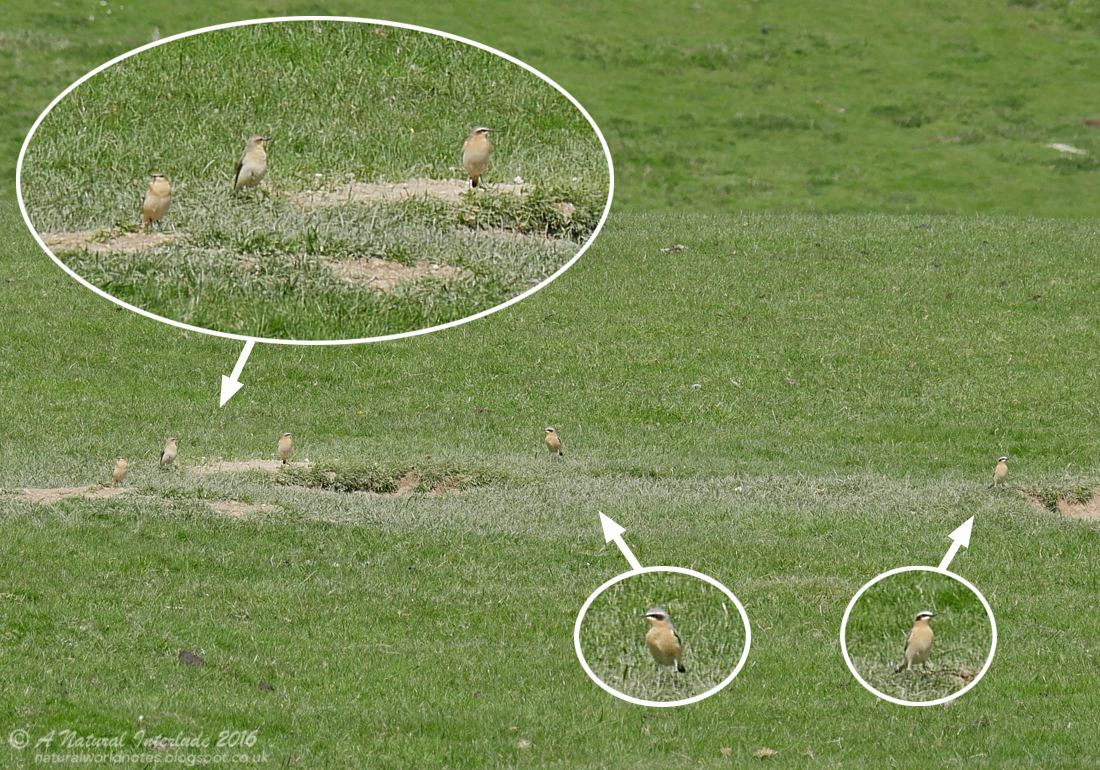 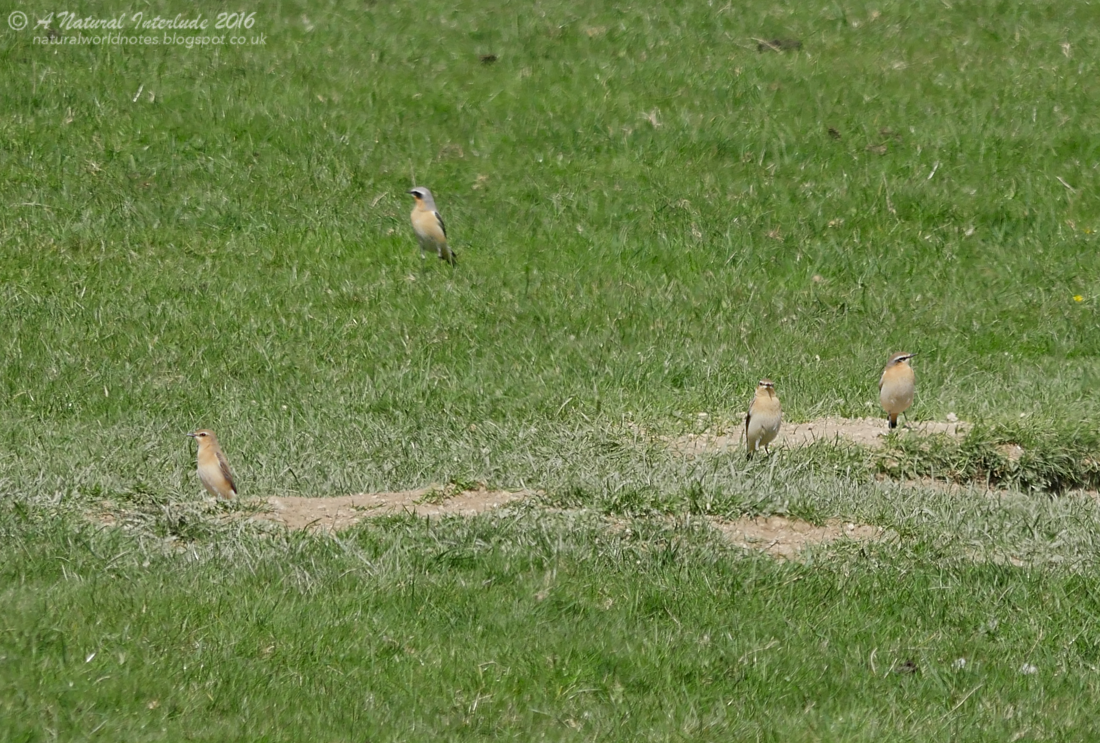 Yesterday, a sunny day and a morning off BMT monitoring. I headed for the hills. After a single Wheatear at Pitstone Hill and assurances that the beacon was “dead, no sign of migrants”, I was happy just to saunter in the sunshine. As it turned out, the SE slope of Ivinghoe Beacon was very much alive, with at least 6 Wheatears. Unfortunately, the moment I spotted them, a screeching child ran along the footpath not far from the flock, and they all took flight. I relocated 5 but there could well have been a few more around. I plonked myself down on the grass and just watched the little group. 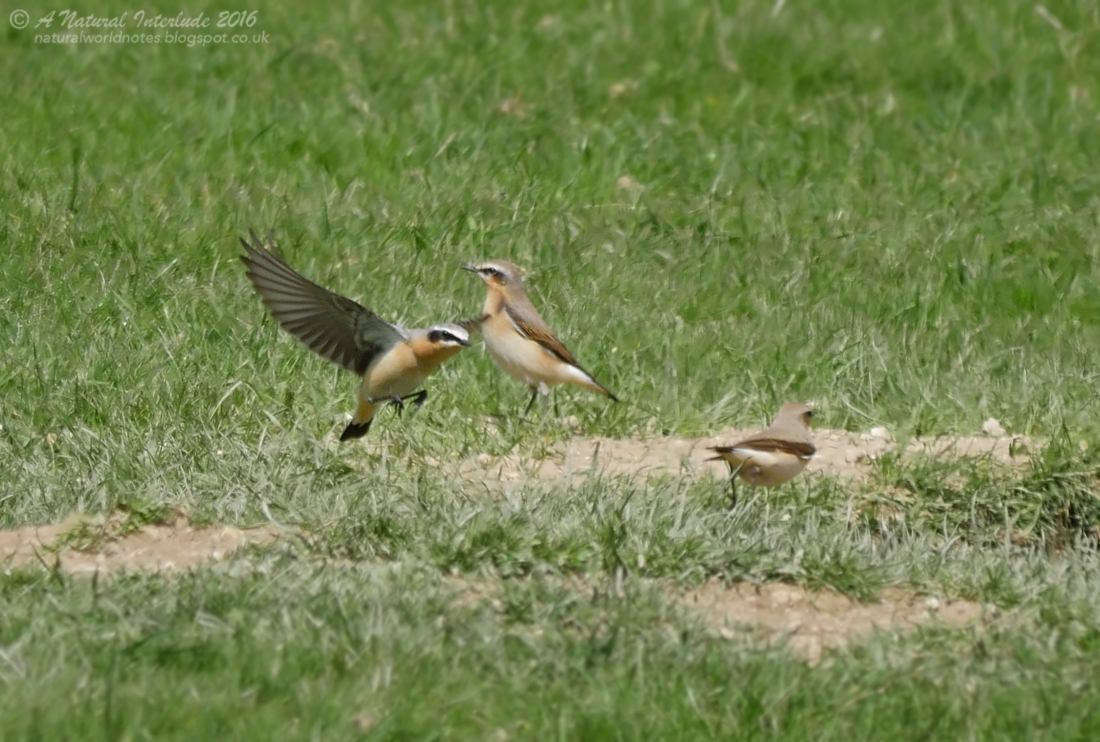 One pair took it in turns to have a dust bath. Another male was actively watching insects in the air, following them with his gaze and then jumping up to catch them. He was great entertainment, with the flash of his white rump and the bouncy way he launched himself up and then down again.