Hemel (BMT): During the past 5 days, light levels have been bordering on crepuscular. It’s been more gloomy than an episode of River and probably more accommodating to a bat than a human being. However, with the continuation of the rain on Saturday, it did mean that the Little Egrets lingered an extra day and added another un-ringed bird to their number, bringing the total present to 8. This is the highest single count I’ve had along the BMT stretch of the Bulbourne in the 2 years I’ve been monitoring it. It also meant we hit double figures for the number of individuals using the site in the last 9 weeks. TEN birds in an area which is frequently and regularly disturbed is pretty good going.

Moving swiftly on - before someone throws a shoe at me for yet another post on Little Egrets - I’ve caught up with the Fieldfares around BMT land. Last week, there were small flocks, c10 birds, at Westbrook Hay and the Brickworks and less than a handful of birds around the Bulbourne. Fed up with high ISO, desaturated photographs, taken in semidarkness, I thought I’d dig out a few photos from sunnier times. These were taken in Hemel Hempstead in 2012, using the car as a hide. It’s the best opportunity I’ve had to date to photograph Fieldfare and Redwing. It’s also a memory filled with limitless blue overhead, unfettered sunshine and sumptuous colour. 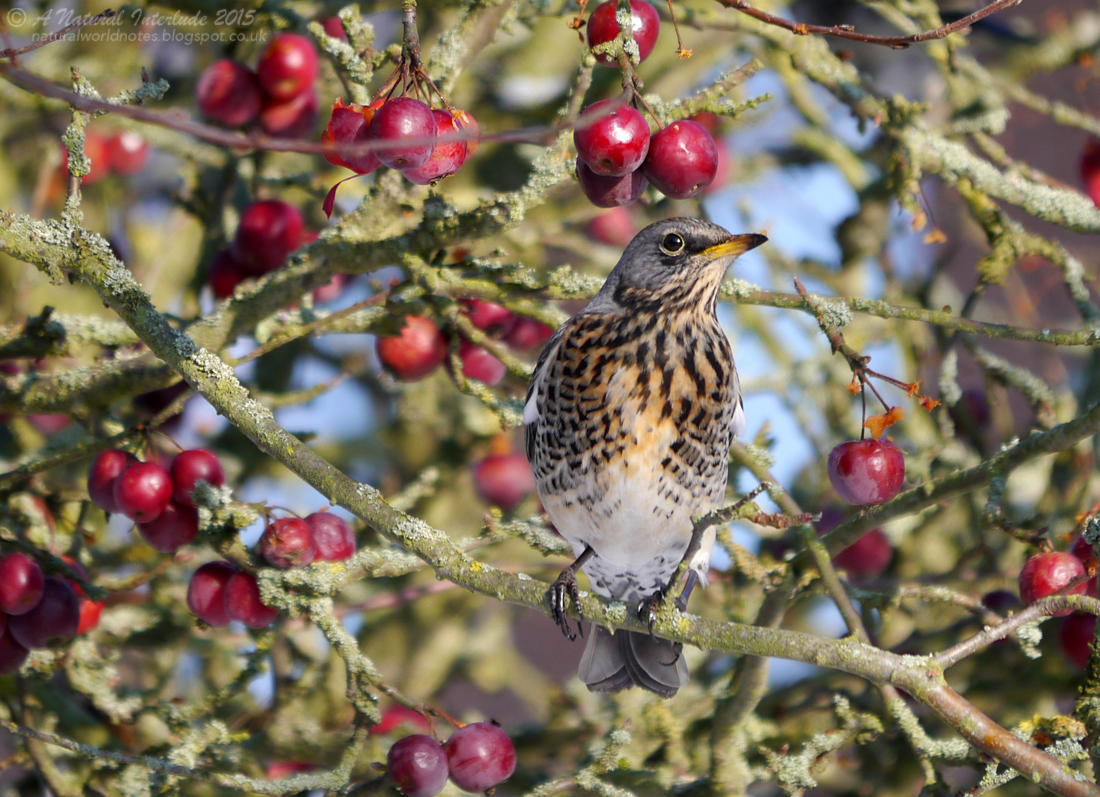 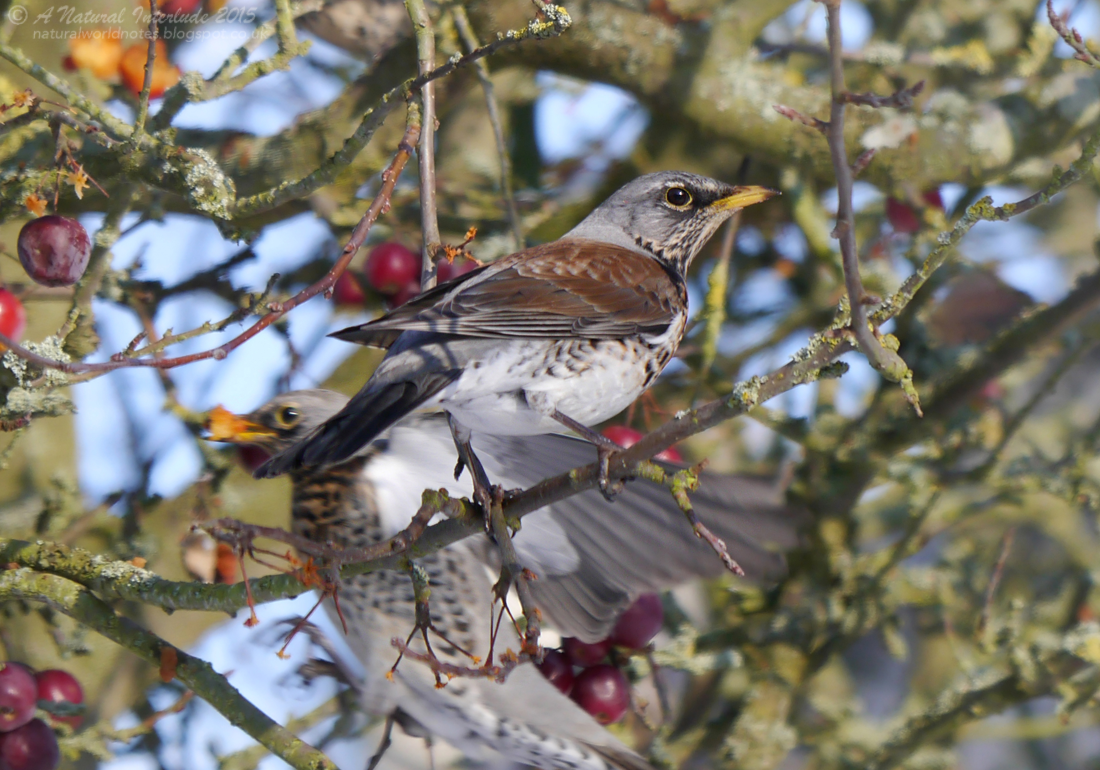 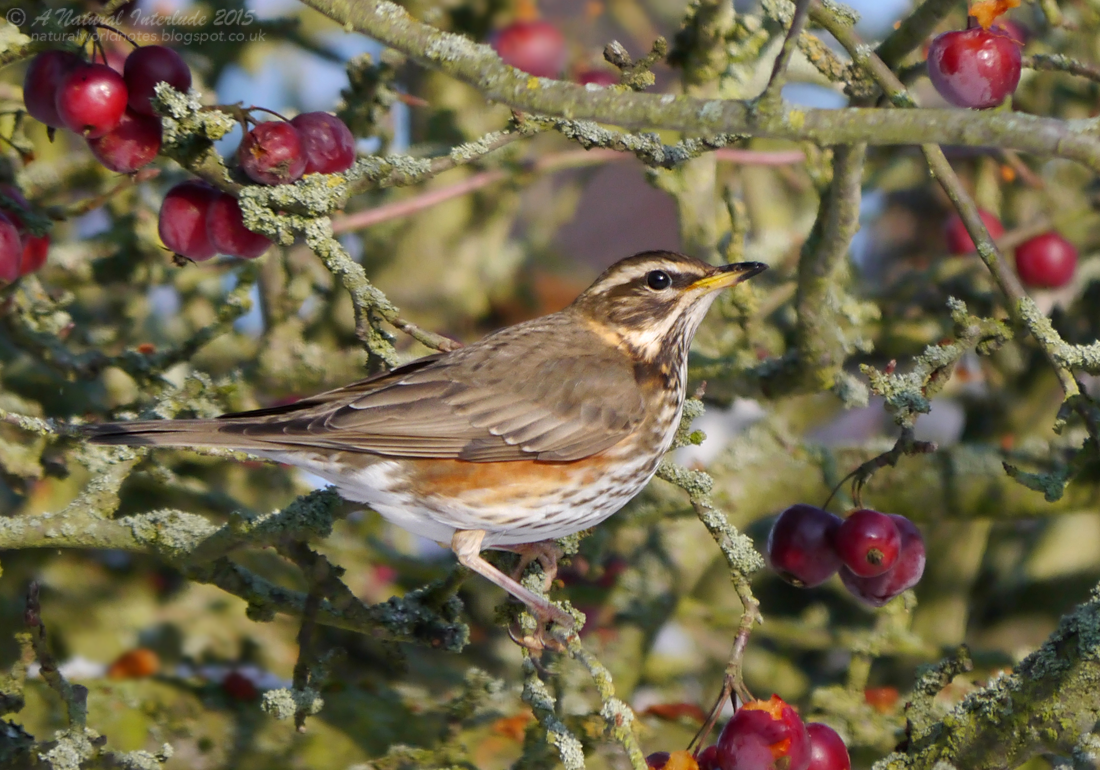 During prolonged winter gloom, it’s a relief to be reminded that it won’t last forever. Eventually, the oppressive sky and turbid light will relent. A break in the smothering cloud is inevitable. Days won’t always feel hard and heavy and stagnant. In just a moment, the sun will blaze, light and warmth will push back horizons, and the palette of assorted greys will be thrown over in favour of every colour in the rainbow.

Trudging through weeks which feel positively resistant to life and movement isn’t much fun. However, I suppose they do provide the most excellent frame in which to place those days which are the antithesis. What do they say? Without the darkness we wouldn’t appreciate the light...
at 16:56:00