Wilstone Reservoir: I missed a trick yesterday. A pair of Egyptian Geese were doing the “walk like an Egyptian” walk and all I had to do was take some video footage and slap in the Bangles sound track. Did I think of that at the time? Did I heck. Quick thinking on 5 hours sleep just doesn’t happen. Oh well, you can always stick on the YouTube rendition whilst browsing a couple of photographs instead. A late afternoon visit, in sunshine and calm conditions. The two Egyptian Geese were in the field behind the jetty and, whilst I was photographing them, the Oystercatcher pair flew in to preen and mooch on the bank behind me. It’s been a while since I’ve seen Egyptian Geese. Both birds made me smile as they “walked like an Egyptian”, even holding the pose momentarily before deciding to take the next step. 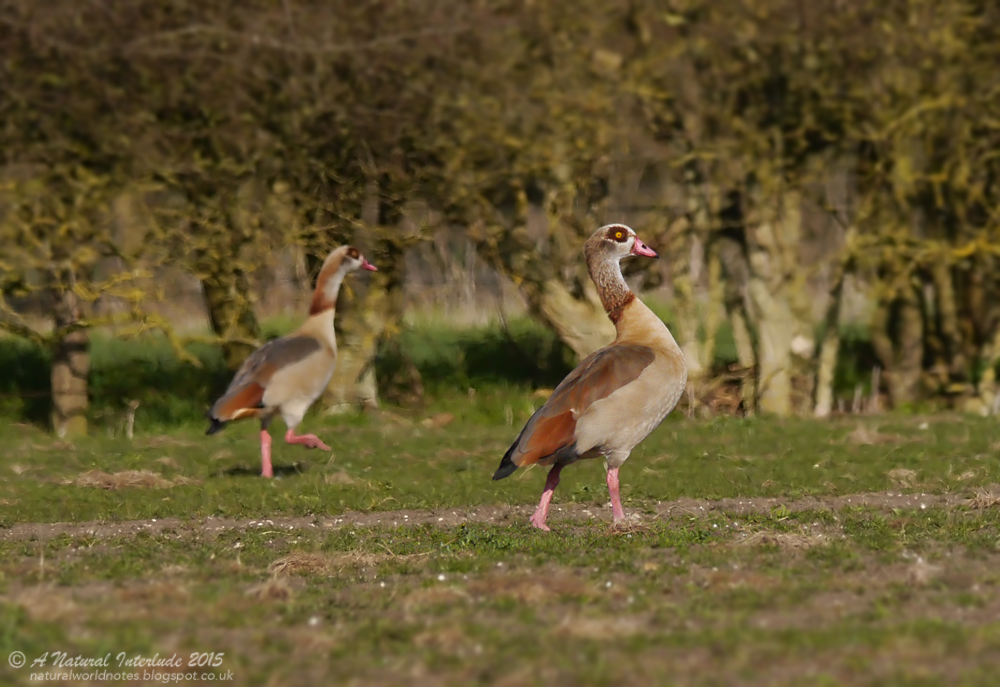 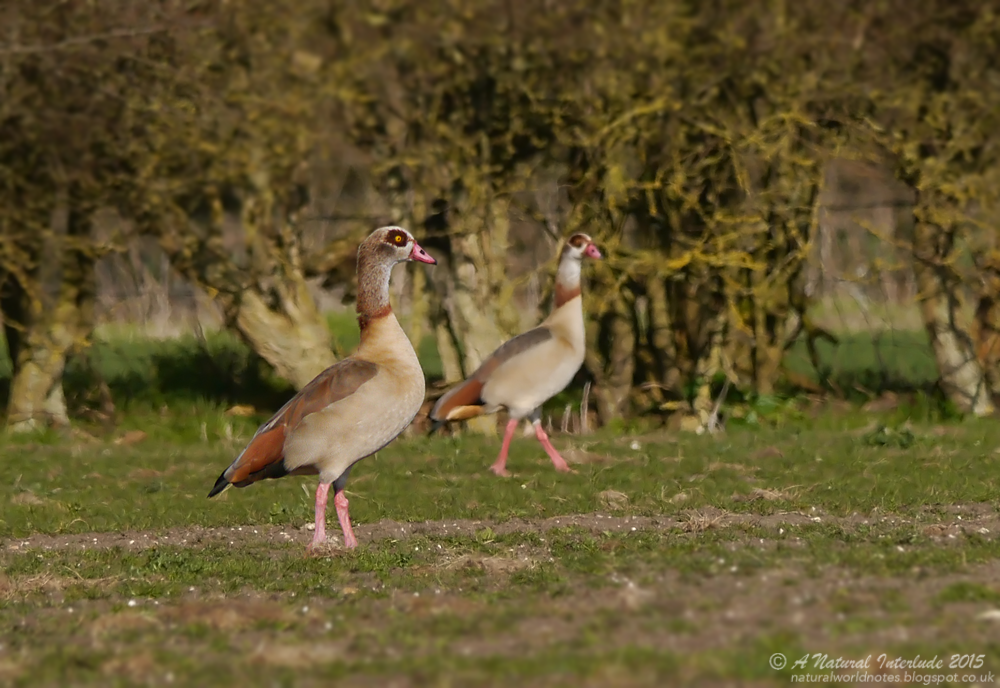 The sloping bank back up to the reservoir gave me sufficient cover to be able to watch and photograph the Oystercatchers without disturbing them. 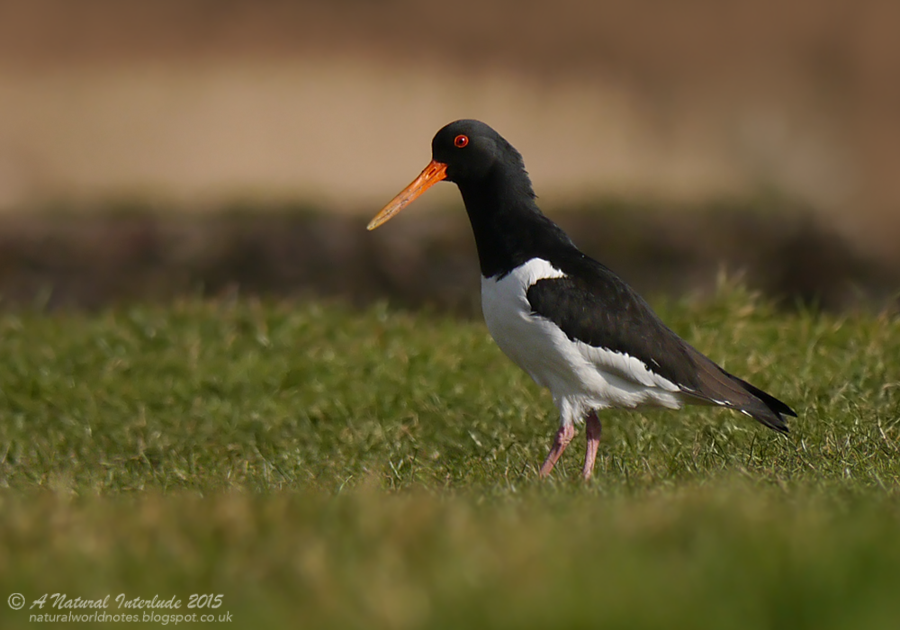 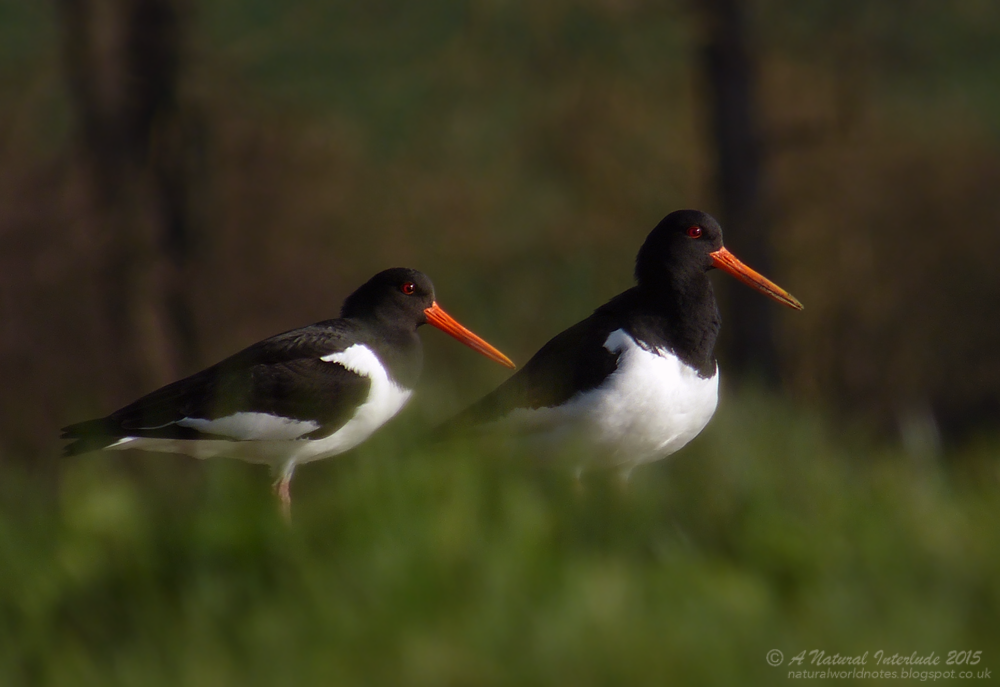 I was surprised that when I did finally come back up to the main path, the birds were unfazed and just carried on about their business. 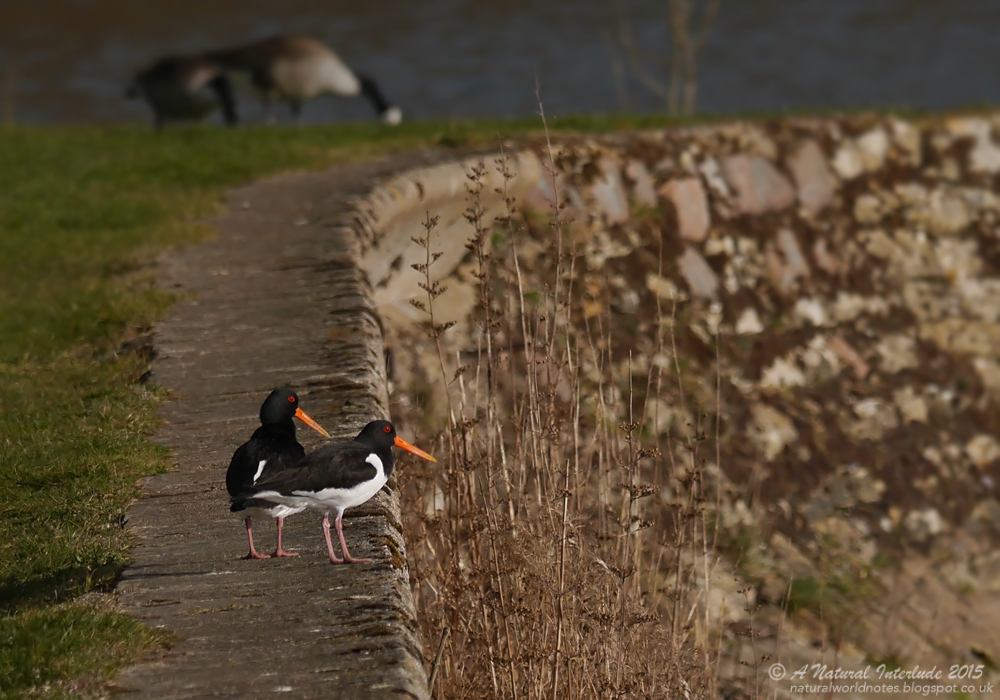 When I got home, I discovered that all the low angle, close up shots, taken along the concrete bank were completely useless due to heat haze. Yes, heat haze, in 9 deg C, in March (I was wearing a woolly hat for goodness sake!). A real shame as they were a series of the pair preening together, each revealing different features of their plumage in unison. I’m always particularly pleased when birds feel safe enough to preen whilst I’m watching/photographing them. Anyway, lesson learnt. A slightly higher viewpoint would probably have salvaged the shots without being too much of a compromise on composition.

In other news, Mr Mistle Thrush is still singing in the woods at the back of the house. Most mornings, he wakes me up and I then have to drift back to sleep for a few more hours. He’s been going strong now for 4 weeks!

Finally, I wanted to thank Sh4rpy for including a link to my Richard’s Pipit post on his blog. I still can't quite believe we watched the poor thing get plucked from the air by a ruthless Sparrowhawk...
at 10:11:00