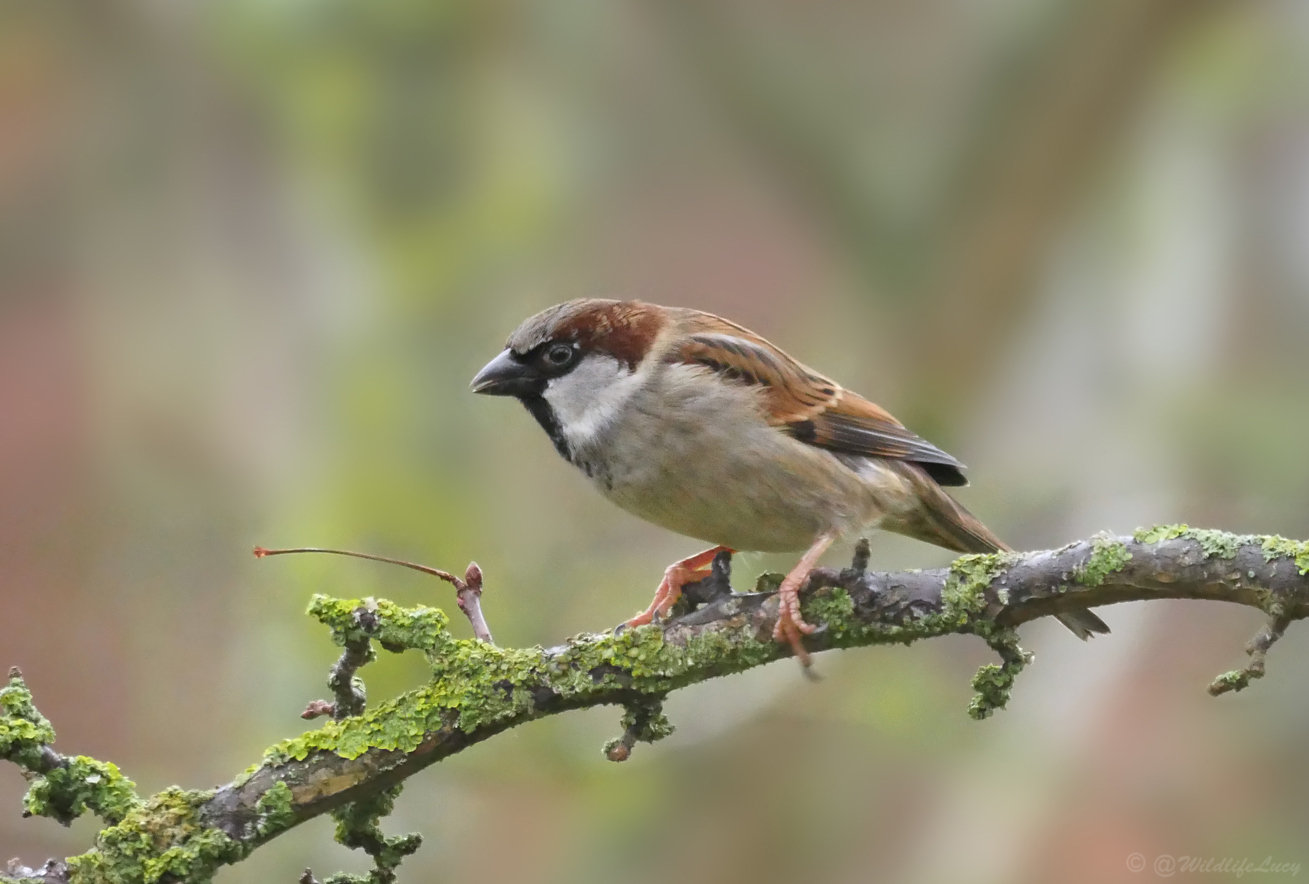 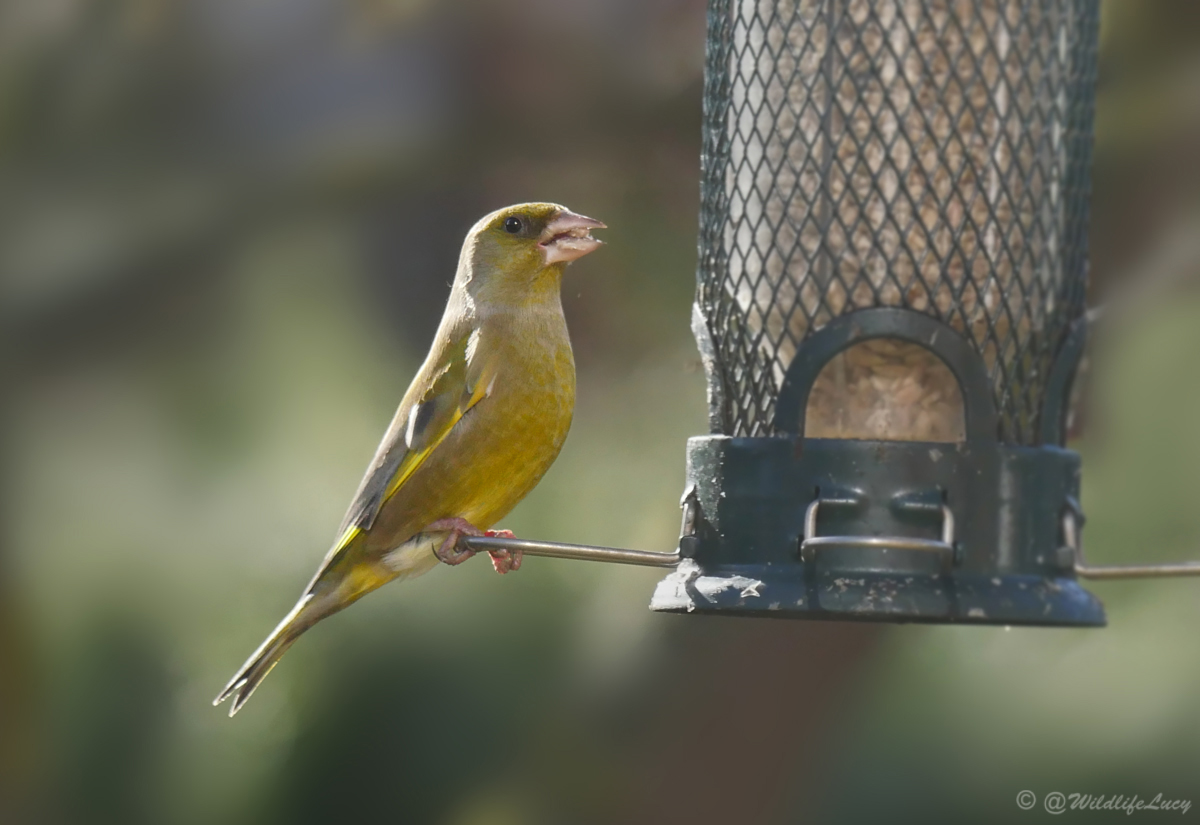 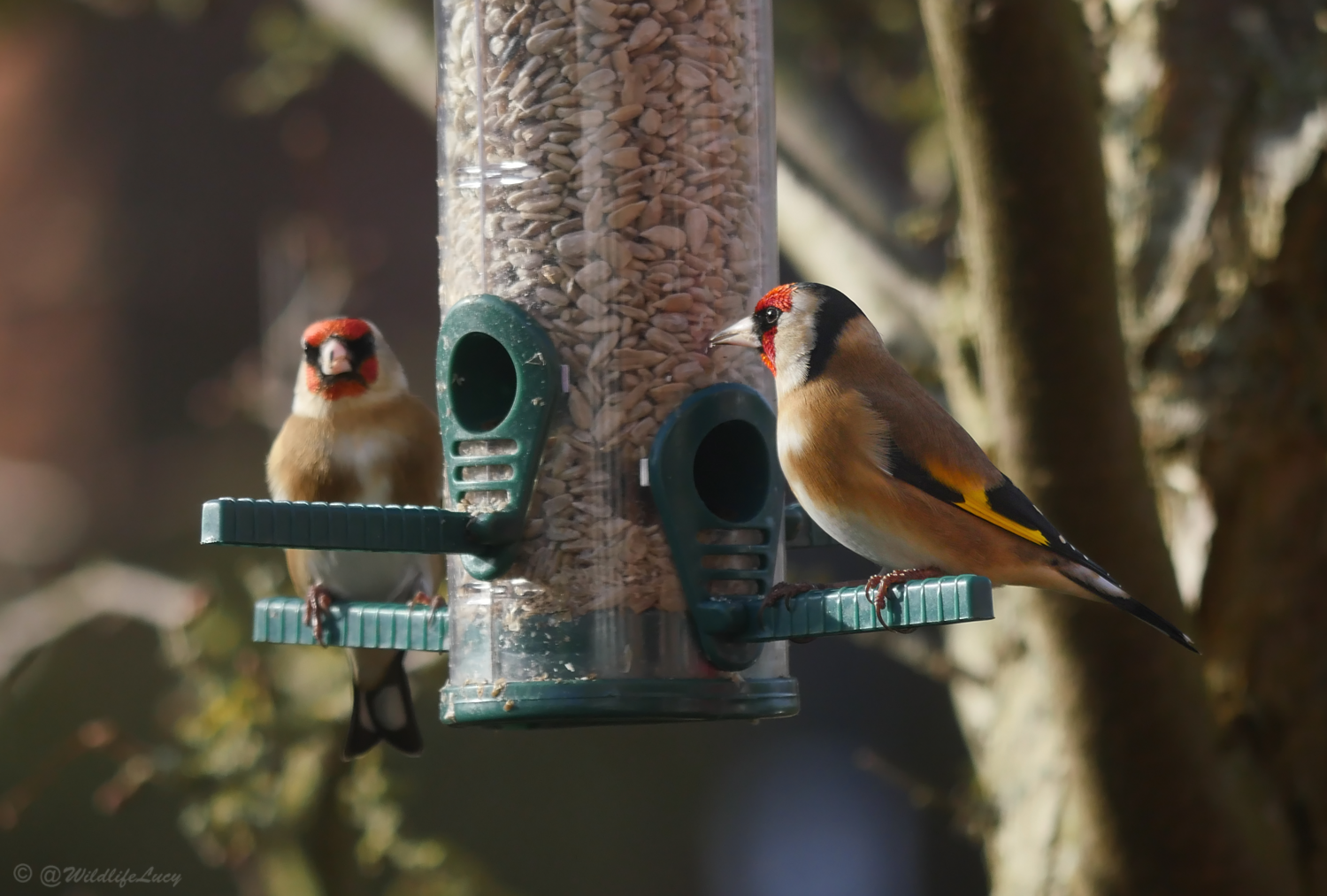 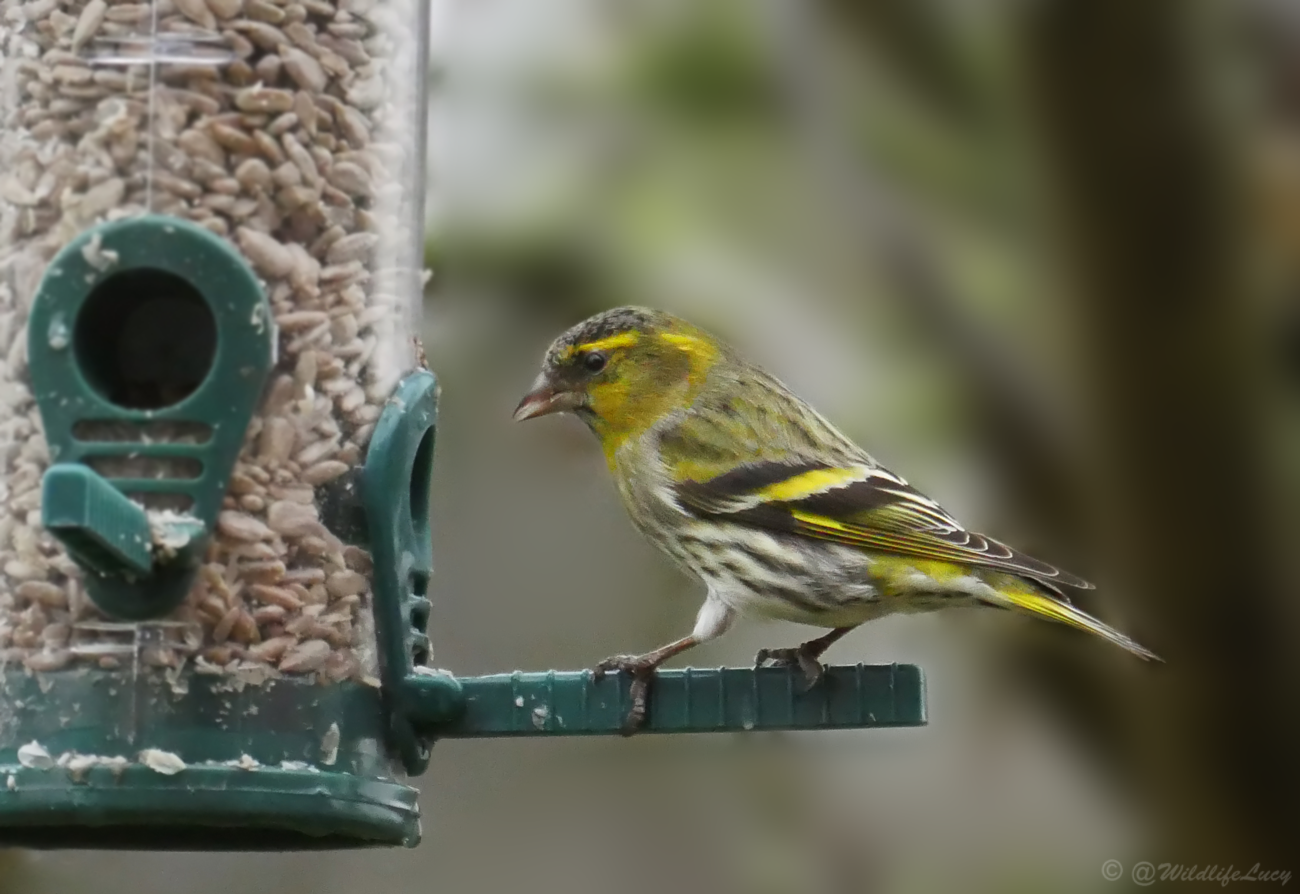 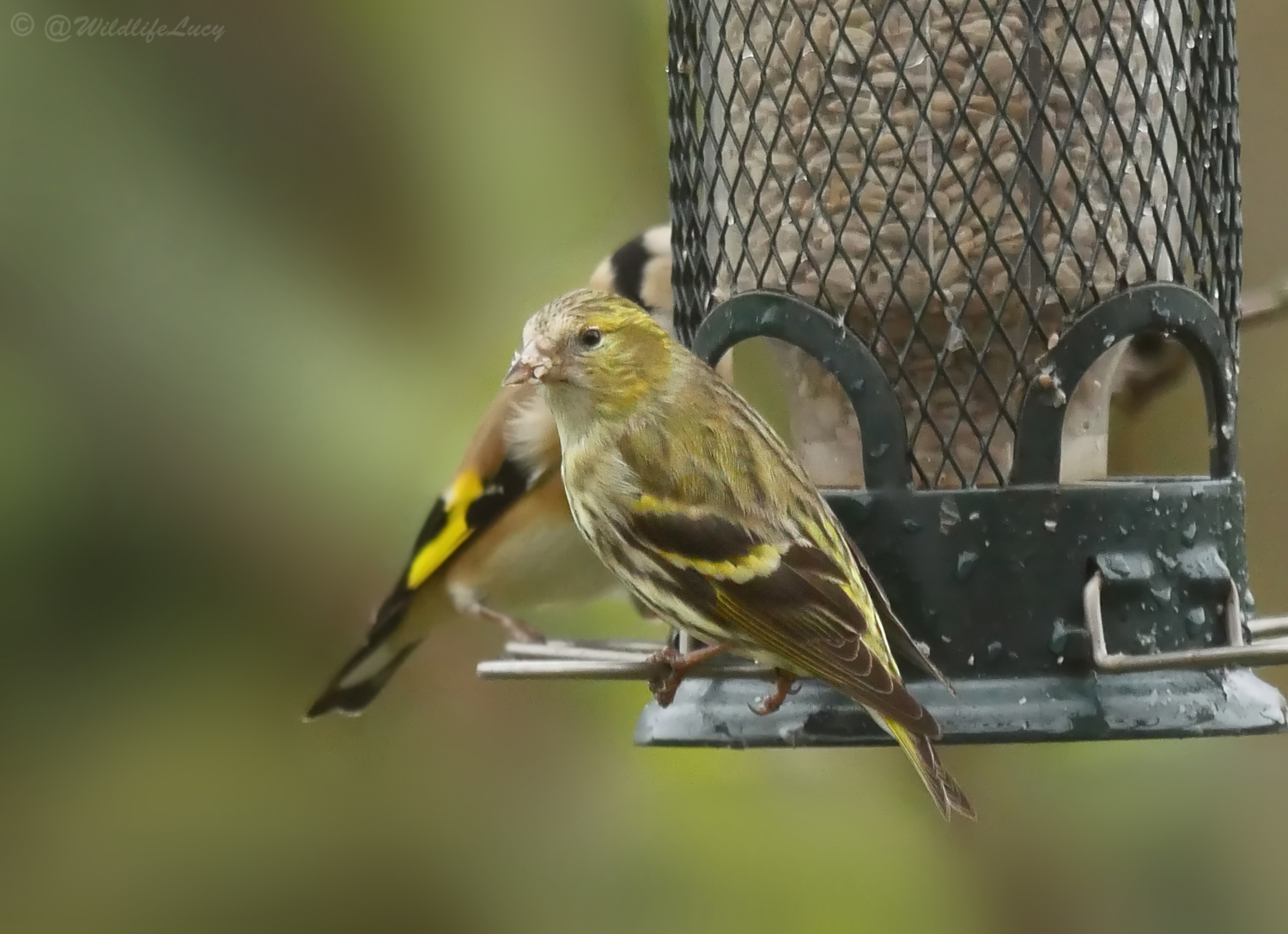 
Six months since my last post. It’s going to be a miracle if anyone passes by this neck of the woods any more but….I’m back (I think)!

A new year, a new strategy! We’re going for quality (ha!) over quantity. The plan is to post once or twice a month with a pick of what’s crossed my path, brightened my day or made my heart sing. That should give me enough slack to fashion a post in my more, shall we say, functional moments. Never. Move. House/County. EVER.

So, where to begin? Each winter I am struck by the reality that barren branches and a muted landscape masks a season full of hope and potential and tactical preparations. As Autumn nudged into Winter, many trees and shrubs had already formed ripe buds. They were Getting Ready. I don't think there's a January that’s passed where I haven’t heard Woodpecker’s drumming, birds singing and courtships beginning. It is the month which see-saws between extremes: one moment creatures struggle to survive another second; the next they're taking advantage of crisp, sunny days to begin searching for a mate and setting up territory.


As the year came to an end, with pockets of snow still on the ground, my heart soared as I watched a pair of Ravens courting over Bath Hill Wood just north-east of Walton Hall. My previous experience of this species has always been flyovers - it wasn’t a resident, to my knowledge, in/around Hemel Hempstead. The pair were synchronising flight, calling repeatedly, meeting and tumbling in the air and, in unison, covering the breadth of the woodland, two-thirds of a mile, this way and that. In that moment, it was completely beautiful. Hope, the future and the prospect of Spring collided and lifted and swelled over the dormant landscape. Ravens eh, I never would have pegged them for a source of encouragement!

Since then, the stepping stones which have brought me through a difficult January have included garden feeders all a fluster with feathers (....including a SISKIN! and an all too brief encounter with a Goldcrest), and learning that just a couple of miles from home there are BUNTINGS….lots of Buntings! And finches. Presumably, as part of a Stewardship or Set-Aside scheme, the farmer has left an area of stubble and seed crop to sustain farmland birds over winter. It is alive with Corn Buntings, Reed Buntings, Yellowhammer, Linnet and Chaffinch. I’ve never seen anything like it. Single species, large flocks, yes, but never all of them together. Brilliant yellow baubles adorn the hedgerow and flashes of white outer tail feathers dart and swerve, moving from perch to food to perch. Flurries of little birds come back and forth, perch and preen, and then they're off again. It’s totally mesmerising and, if nothing else, it highlights just how imperative these conservation measures are if we are to keep our most vulnerable birds. (Corn Buntings down by 86%, Yellowhammer down by 56% between 1967 and 2008, BTO).


When I left Hertfordshire/Buckinghamshire, with the Corn Buntings at Pitstone Hill and the roost at Marsworth Reservoir, I did wonder whether I would encounter it as easily here in Warwickshire. I needn't have worried. Hearing the flock delicately jangling just before sunset flooded me with feelings of home and blessed relief. Many thanks to Roland, Gus and Dan, fellow local birders, for sharing this gem of a site with me.

Finally, to the mundane. My camera is on its last legs (White Balance & Exposure are completely off 90% of the time, even when set manually, and Autofocus often doesn't work) so photography is more miss than hit and will only get worse (there's a limit to rescue attempts in Photoshop)! Did I say I was aiming for quality?…Oh well.
at 09:17:00 5 comments:

Standing in a Woodland Glade

Good news, I’ve found me a bit of ancient woodland to explore! It’s just up the road and is quiet and cool and teeming with life. One of my favourite things to do is to find a stretch of mixed habit, preferably with a good stand of nettles or brambles, and just watch and listen. A vigil for the tinniest movement or the slightest sound.

In this sunny glade last Tuesday, I was treated to 18 species of bird in just 15 minutes:
Not too far away, in a more open area, near the River Avon, there was a singing Lesser Whitethroat and Reed Warbler.

Butterflies were plentiful too, of 13 species, including half a dozen Silver-washed Fritillary:
Behind me at this spot is a lovely big Honey Suckle, so I’m hoping White Admiral might be a possibility on another visit. The parasitic wasp species was a new one to me and is perhaps Ichneumon extensorius, although narrowing down to species from a photograph isn’t really possible. I think this group of insects requires microscopic examination to positively identify.
at 09:42:00 6 comments:

All the better for butterflies!

Hello! *as the tumbleweed rolls across my toes*….I know, it's nearly a year since I last wrote. The thing is, I had a cunning plan. You know the kind, where you decide to up sticks after 20 years living in the same area and almost 18 years in the same house. It really did seem like a good idea at the time. I was blissfully ignorant of the crippling stress, chronic sleep deprivation and sense of total bewilderment that accompanies a process like that. Still, I am alive, just, and I’ve survived more than 6 weeks in my new pad in leafy Warwickshire.

Moving 75 miles away from cherished wild spaces and a landscape which has woven itself into my very soul is a big adjustment. Nestled within me are all those hundreds of hours of quiet wandering, wondering; the joys, frustrations; the patience and the pleasure of discovering new species; of accompanying them through the seasons and finding that their lives have become intimately connected to my own. As the years went by, the rhythm of relationship forged deeper and more lasting grooves, and the visceral familiarity of old friends blossomed. Each visit brought profound comfort and relief.

Thankfully, Warwickshire does have wildlife! In the face of hot tears, and anxiety as persistent and rampant as Japanese knotweed, the medicine of birds and butterflies and their living landscape has begun to trickle into my life here.


Last Sunday, I added two new species to my butterfly life-list. I cannot tell you how chuffed I was. I’ve spent many hours standing under Oaks on Box Moor Trust land, cricked neck, staring up in hope. I never did find a Purple Hairstreak. An hour spent at Goldicote Cutting, and I’d seen my first Purple Hairstreak alongside the other new species, White-letter Hairstreaks which included an egg laying female! The photos are atrocious but who cares.


Hopefully, it won't be another 11 months before I write again....!