Monday morning, I braved the world beyond Hemel/Bovingdon and headed north to the Wallington Road, near Baldock. It was a Montagu’s Harrier I was after, which had been reported regularly over the weekend, “sitting in a bush”. Easy-peasy, I thought. Big bird, in a bush, can’t be too difficult. Of course, when I arrived mid-morning, it was nowhere to be seen and there were at least 10 others waiting for its reappearance. An hour in the company of singing Corn Buntings and Skylarks, and finally someone spotted the returning Harrier. It was way off to the east and difficult to make out through the heat haze but it eventually looped round to the south, coming to within about 400 metres, before flying out of sight, west. The overall impression was one of a slender, agile, easy flyer. It didn’t have the bulk of the more common Marsh Harrier. LGRE suggested it was a first-summer male although others have reported it as a female. This was the first I’ve seen so gender was fairly irrelevant. It was a Montagu’s Harrier - that’s all that mattered - the rarest breeding bird of prey in the UK, with just 7 successful nests in 2014!

Bovingdon (BMT): Yesterday morning, it was back to safaris at the Brickworks. I thought I might photograph the Common Centaury (Centaurium erythraea) or perhaps the Yellow-wort (Blackstonia perfoliata) but by about midday I was decidedly uninspired. I could see a belt of swollen black clouds heading my way and had all but given up. Suddenly, I stopped. Tiny, liquid, dark eyes were twinkling by the path. My first thought was, “oh no, not another dead mammal!”....until it dawned on me that this frozen, furry fellow was in fact living and breathing and caught in the startle response. Slowly, slowly it thawed. Trust grew and, realising I was no threat, it carried on nibbling its way through dried flower heads. 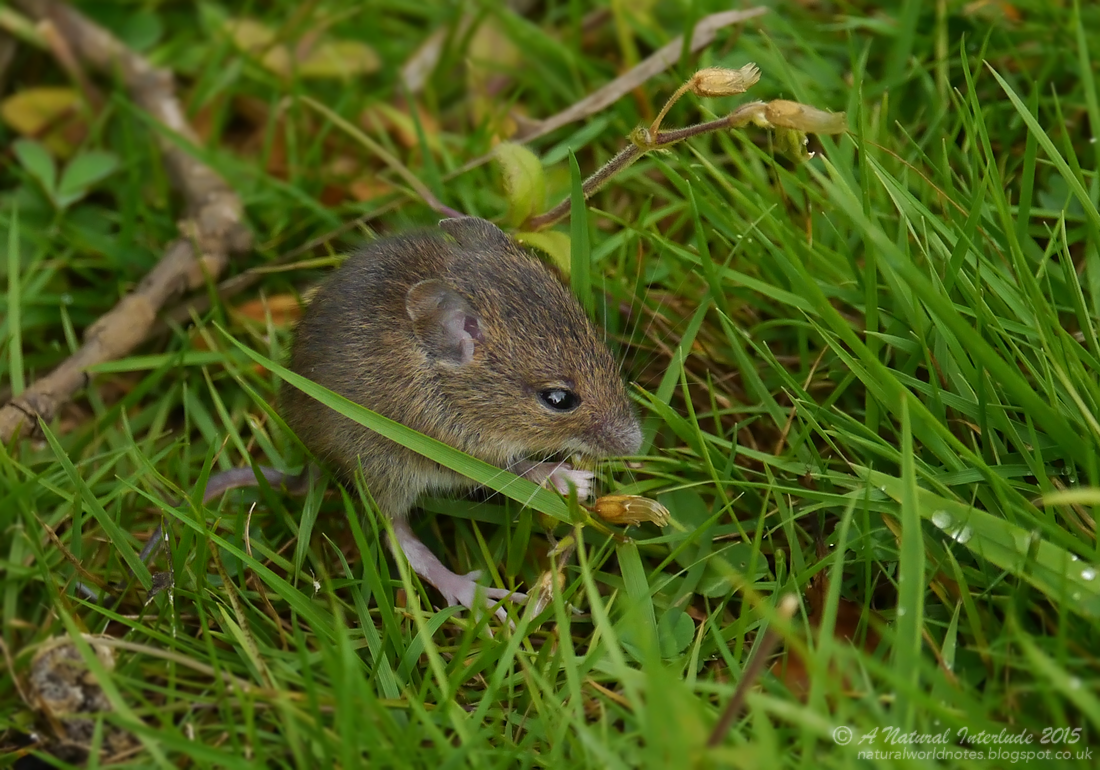 Finding dead, tiny mammals is one thing. Finding them alive and picking flowers is another. Total joy! I didn’t have my tripod with me but shot some video footage hand-held. The dark clouds, with their drenching rain, arrived mid-way through and I took shelter under an obliging oak. The little Wood Mouse (Apodemus sylvaticus) seemed quite unperturbed and scuttled along the path after me, before also taking cover. A second little mouse had come out and scurried about and I did wonder if these two were youngsters exploring. Whatever their age, they transformed the moment of gathering gloom (quite literally) into one filled with wonder and delight.