The land along the River Bulbourne (and other nearby sites), managed by the Box Moor Trust in Hemel Hempstead, has very handily been split into named meadows, moors and woods. This makes it much easier to describe where a bird/flower/insect/etc has been seen/heard. A list of the names and their locations can be found below. 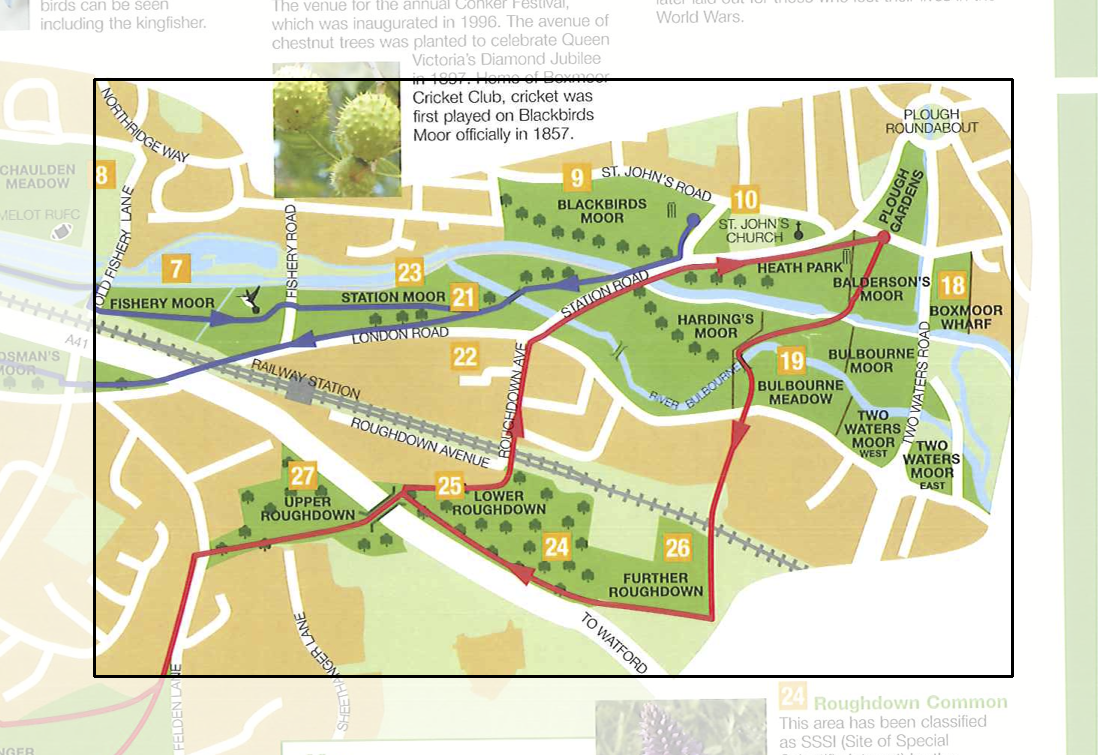 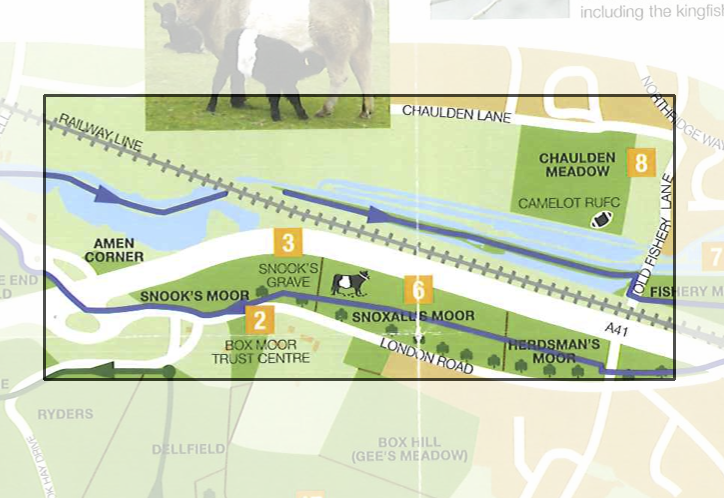 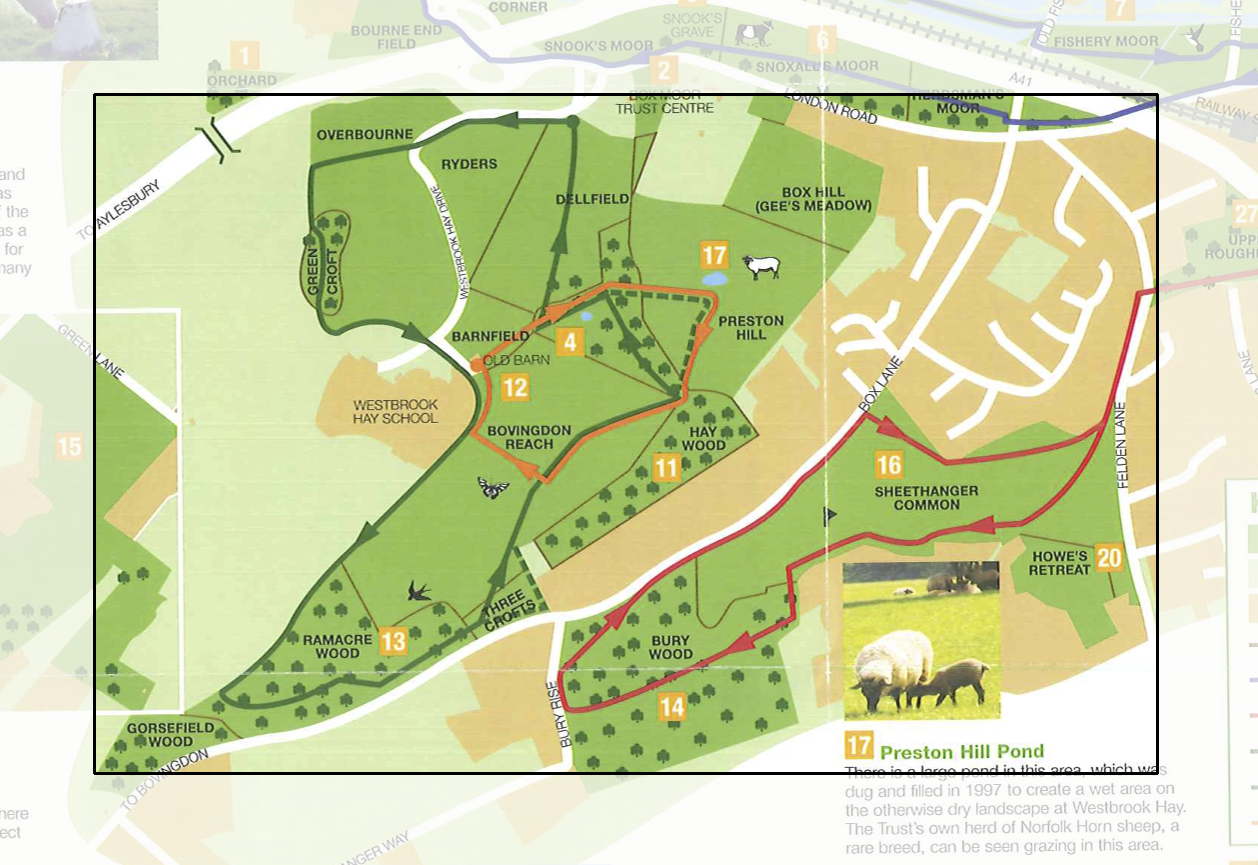 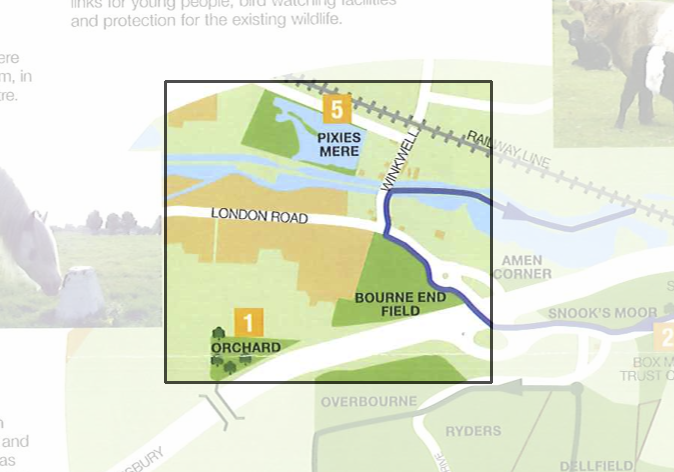 
Located between Green Lane and Shantock Hall Lane in the village of Bovingdon. Maps and details on Boxmoor, naturally… HERE. 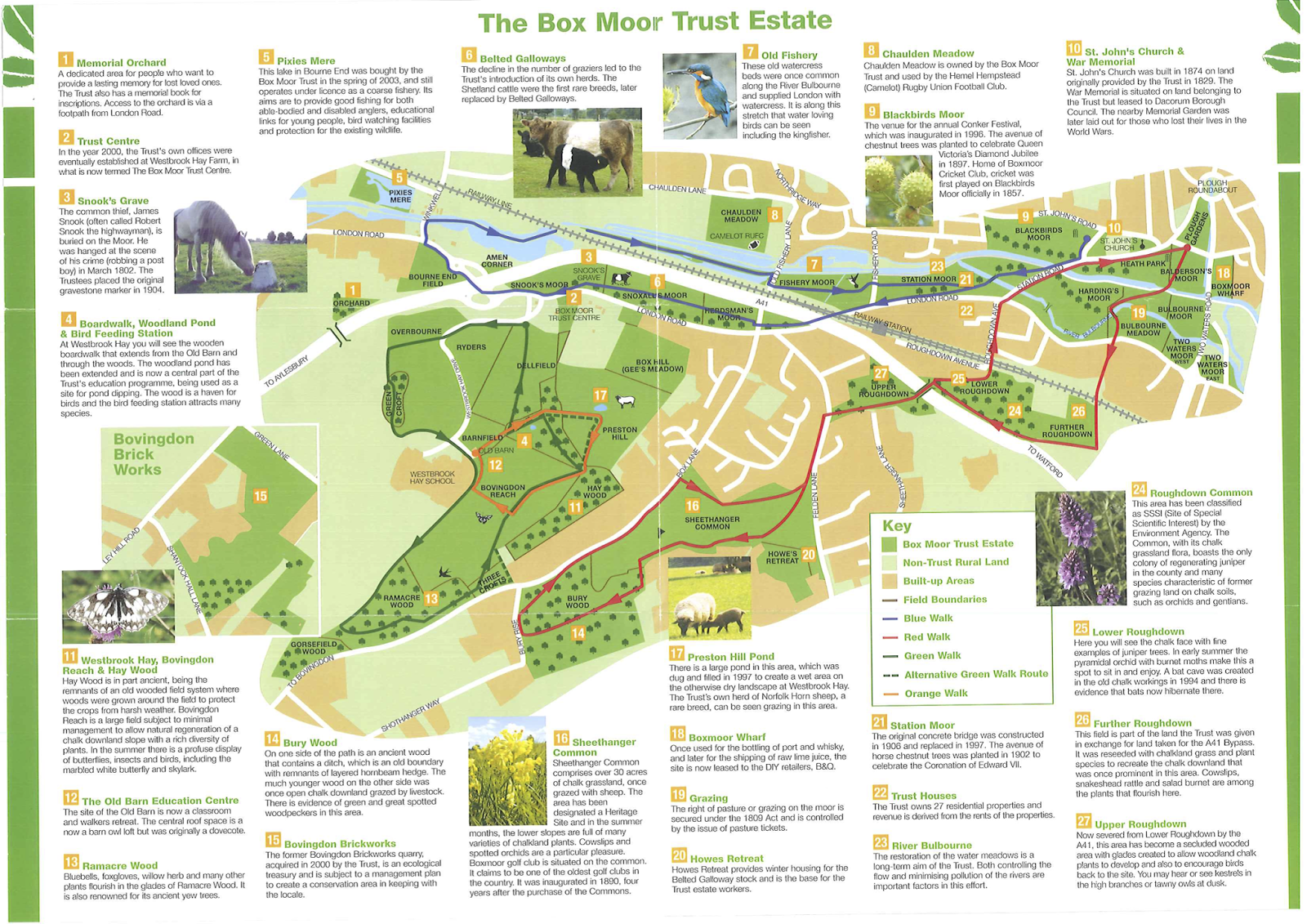 
This is currently not open to the public
It's located off Old Fishery Lane and runs between the canal and the River Bulbourne, roughly marked by the white rectangle. 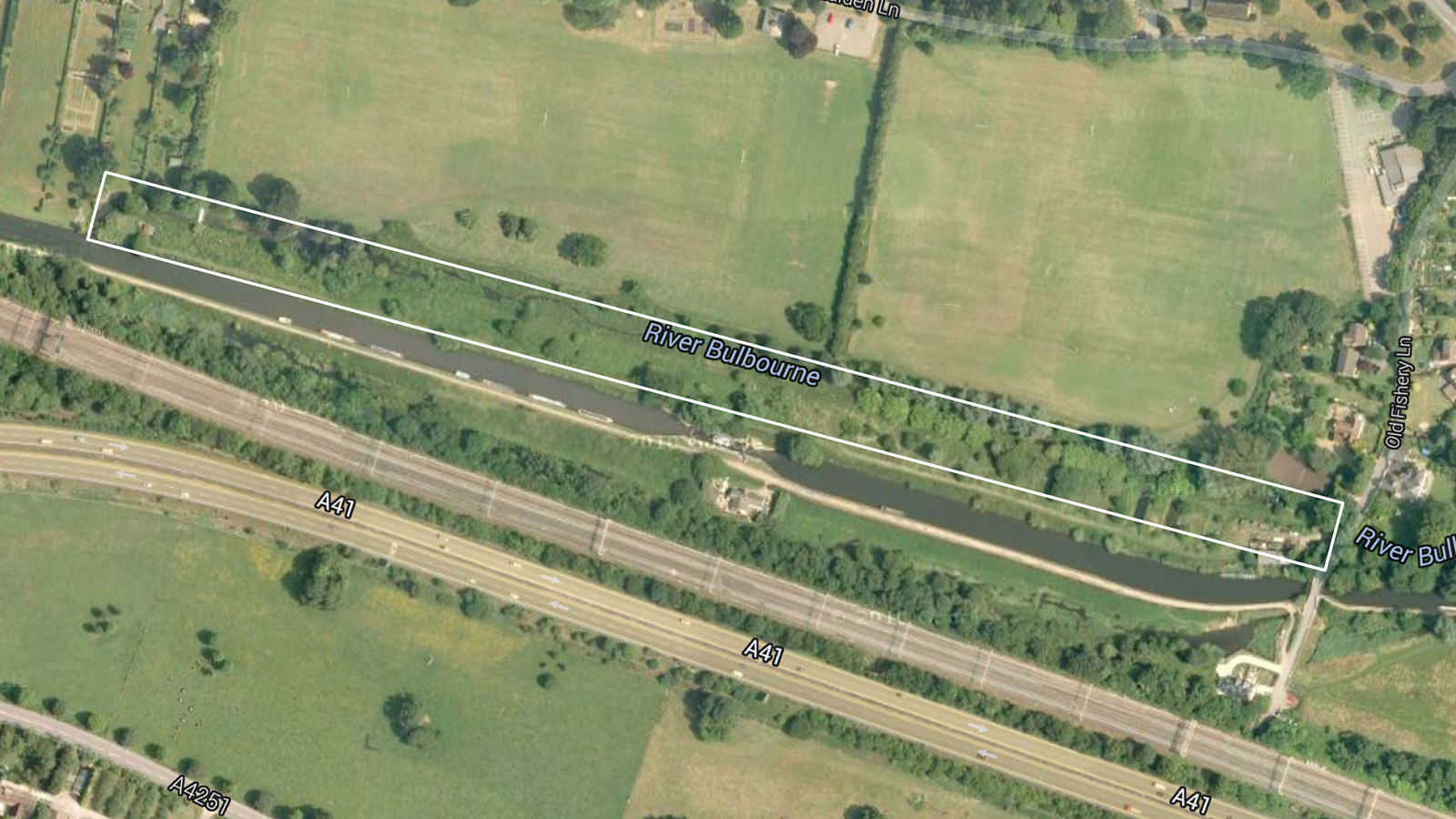