Bee Orchids & a medley of moths

I may well have been a monosyllabic zombie with all the get up and go of a desiccated slug for the past month, but in my more lucid moments, I have temporarily vacated the sofa. My sorties have been short and sweet but there’s always something interesting to find at this time of year, even if all you do is walk a few metres along an unkept verge. So, without further ado and minimal accompanying words because that would require thought, here are a few bits and pieces from around Hemel & Bovingdon in the last few weeks.

Firstly, a new-to-me moth, found back at the wildflower verge along the A41 Boxmoor/Bourne End exit.

Unfortunately (for all involved) it’s one of those that requires dissection of its nether regions in order to determine exact species. However, I found it on Ox-eye Daisy and didn’t notice any Tansy in the vicinity, so I’m opting for an ID of Broad-blotch Drill (Dichrorampha alpinana) (foodplant: Ox-eye Daisy) rather the alternative Narrow-blotch Drill (Dichrorampha flavidorsana) (foodplant: Tansy). Either way, I liked it.

Next up, 37 Bee Orchids (Ophrys apifera), in 3 discrete groups (5 + 21 +11), also at the A41 site. I’d be hard pressed to name another plant that brings me as much pleasure as this little orchid. Aesthetically, it’s perfect. Temperamentally, it’s irresistibly capricious. One year, it’ll arrive in dozens, sometimes hundreds; another year, not a single spike will erupt from the earth at that same location. It’s unpredictable and it's beautiful and that makes the triumph of finding one all the sweeter.


Yesterday, whilst counting the Bee Orchids, my first Marbled White of the year fluttered in to say hello.

Back at the beginning of June, on a sunny afternoon at Dellfield Meadow, Westbrook Hay, I counted 11 Grass Rivulet moths (Perizoma albulata) in the lower quadrant above the carpark. I don’t know its current status in Herts but a couple of years ago, it was considered rare and I was chuffed to find even one in this meadow. I’m so pleased the colony is doing well.

Finally, I have a soft spot for the Yellow-barred Longhorn moth (Nemophora degeerella). The larvae feed on leaf litter, and little (or large!) swarms of them seem to be pretty common along woodland paths and, well, in my garden (currently). At the end of last week, there were a couple of clouds at the Brickworks, probably totalling more than 50 moths (only the one female). Of all the Adelidae species, I find these the most fairy-like and enchanting to watch.

A41 Bourne End/Boxmoor turn-off: Some of you may remember that, last summer, I went in search of Wally (aka Small Blue caterpillars). This year, I took it back a stage - still squinting at Kidney Vetch flowers - but this time hoping to find the minuscule butterfly eggs. It was actually a lot easier than I expected. At less than about 0.5mm in diameter, the eggs are surprisingly conspicuous.

For anyone curious about the context of this A41 Small Blue colony, I've put together a few images below. The main photograph was taken from the A4251, looking down onto the eastbound embankment: this is south facing and rich in Kidney Vetch (all the clumps of yellow). Top right, is the view along the top of the embankment and, bottom right, is the view from the side of the A41, up the embankment.

Over on the westbound slip road, the big, bold and simple beauty of the Ox-eye Daisies mingled with the delicate and elaborate artistry that is Quaking-grass. I wish I’d had the energy today to really capture the scene, either in words or pictures but, for now, it’s just a couple of close-ups…daisies dancing with grasses. 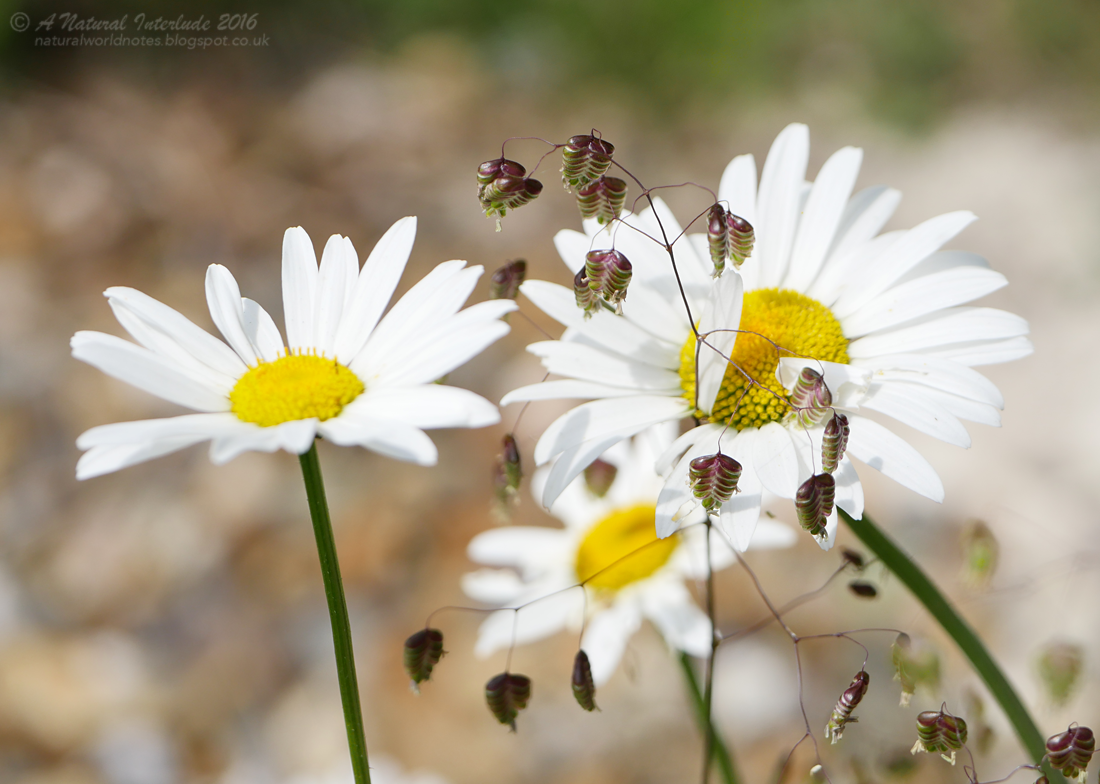 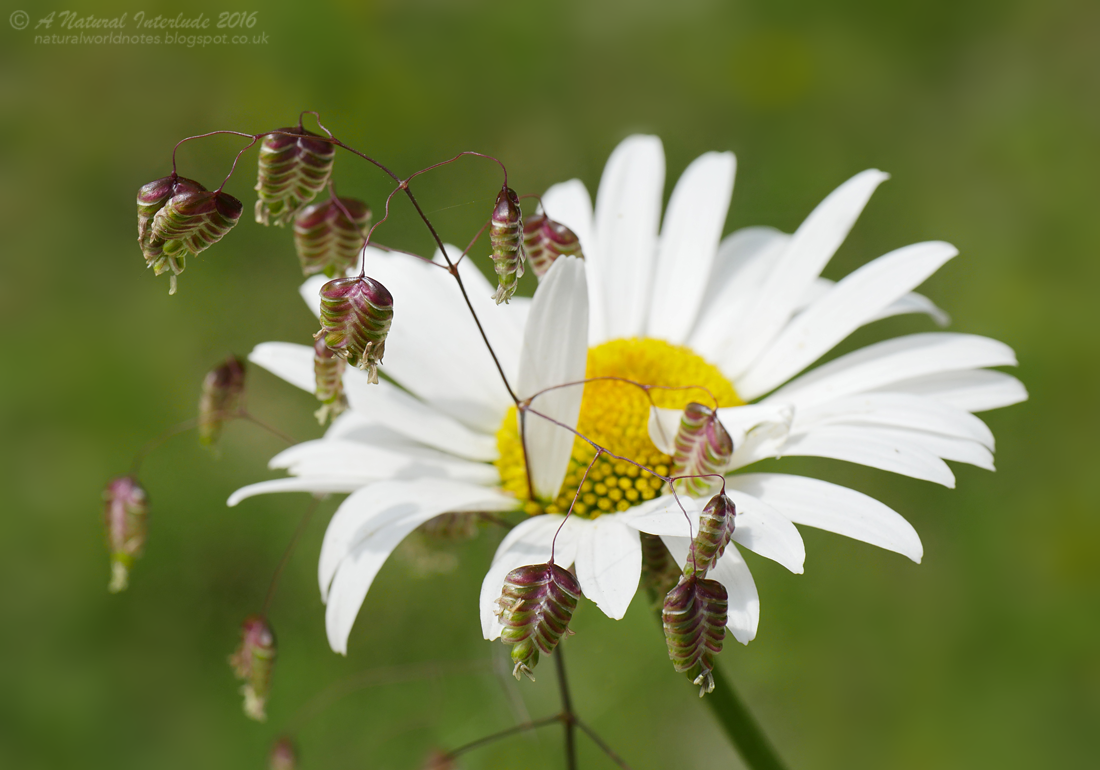