In search of a Redstart

Every time I go out looking for a Redstart, I invariably find one of these instead...

Not that I’m complaining really. Better a Wheatear than a whole lot of nothing-but-the-usual.

Yesterday, after a couple of Whimbrel briefly joined the Spotted Redshanks at College Lake, I followed in their wake, hoping something else might alight in the shallows. Optimism eventually gave way to a practical realism and I left the Octagon Hide to walk a circuit of the reserve. I was hoping for Cuckoo but, at this time of year, there’s an openness to the possibility that anything could turn up, anywhere. And so it did…

As I walked down through the scrub at the NW end of the reserve, I saw a flash of red as a bird flew from the fence line to a tangle of leafless bramble in the enclosure. It called and then I spotted it at the base of the bush, a beautiful male Redstart. At last! I had been looking for one of these for the past month or so and there he was, a blaze of orange and black and white, with those lovely slate grey upper parts. Unfortunately, I had only seconds to drink in the sight before he skilfully tucked himself away, completely out of view. I waited another 20 minutes but he’d studied the Redstart manual in skulking and there was no way he was going to give me another glimpse.

Still, nothing beats the thrill of the chance encounter with a hoped for passage migrant. I walked back along the west bank footpath, smiling, with House Martins and Sand Martins swooping barely a metre above my head, snatching insects from the air. The nippy NE wind had deterred every other butterfly except for a single male Orange-tip, my first of the season, which perched briefly on a pretty Dog-violet. 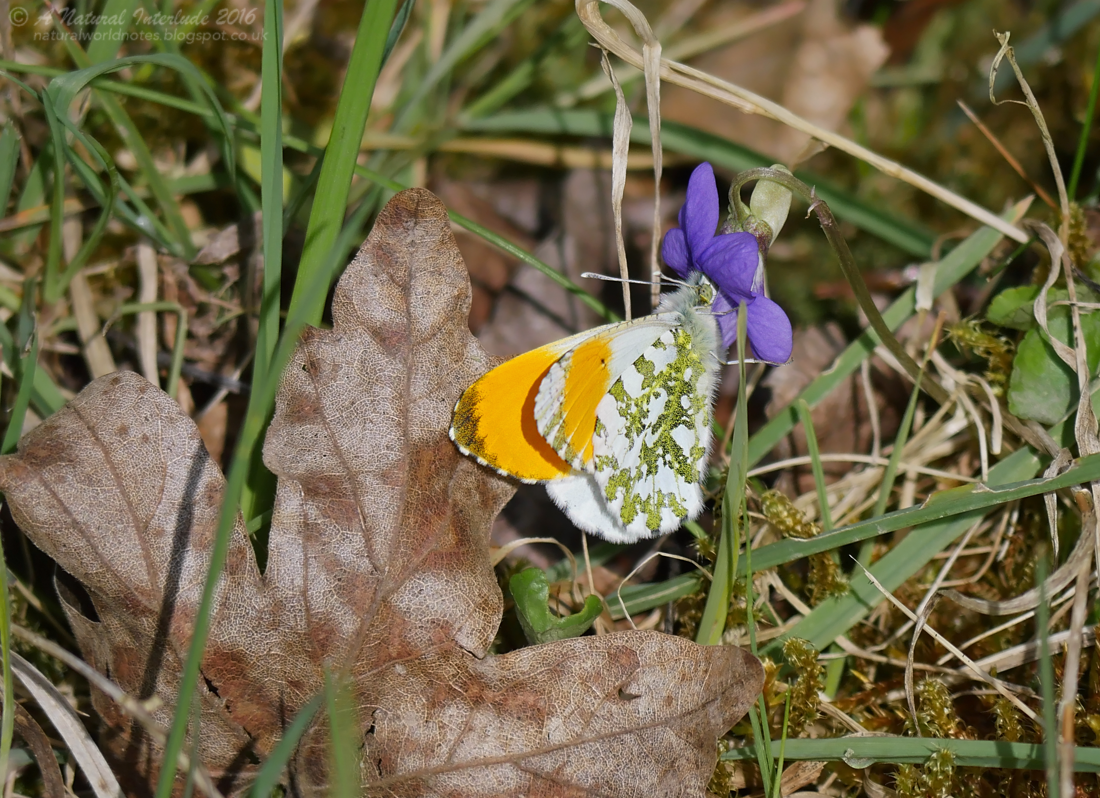 When I got up this morning, I was content with the weekend’s birding. Little did I know that the best was yet to come…. More on that tomorrow.
at 18:38:00